Samsung launched the Galaxy A10 back in February this year, and then followed it up with the Galaxy A10e last week. Now it seems these smartphones will soon be joined by a third device - the Galaxy A10s.

A Samsung smartphone bearing model number SM-A107F, believed to be the Galaxy A10s, has passed through FCC hinting at an imminent launch.

The FCC listing reveals that this smartphone will pack a 3,900 mAh battery. The listing also includes a schematic of the smartphone which shows a dual camera setup at the back accompanied by an LED flash and a fingerprint scanner. 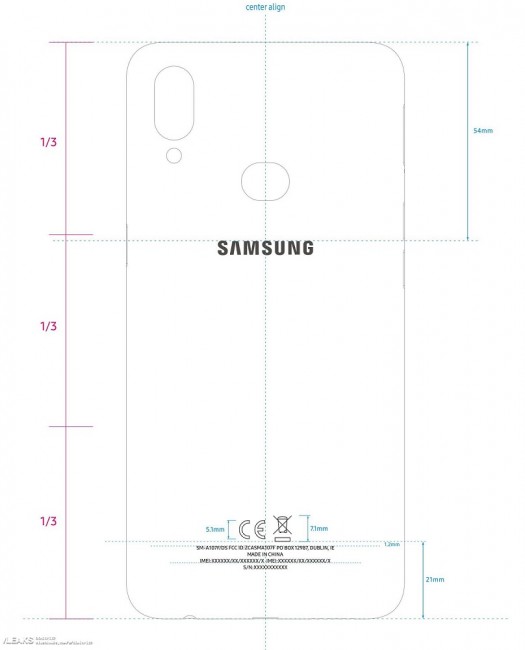 Furthermore, the smartphone also has a headphone jack at the bottom on the right side of the USB port.

The Galaxy A10 is powered by an Exynos 7884 SoC and it remains to be seen if the Galaxy A10s also comes with this chipset at the helm or will have something more powerful.

Yeah actually. In fact, out of all the top ten Android smartphone companies, they spam the least with the exception of Nokia