A new Samsung Galaxy device has appeared in a benchmark listing. The handset carries a model number of SM-T835, suggesting it could well be the Galaxy Tab S4 tablet given that last year's Tab S3 was SM-T820/SM-825. 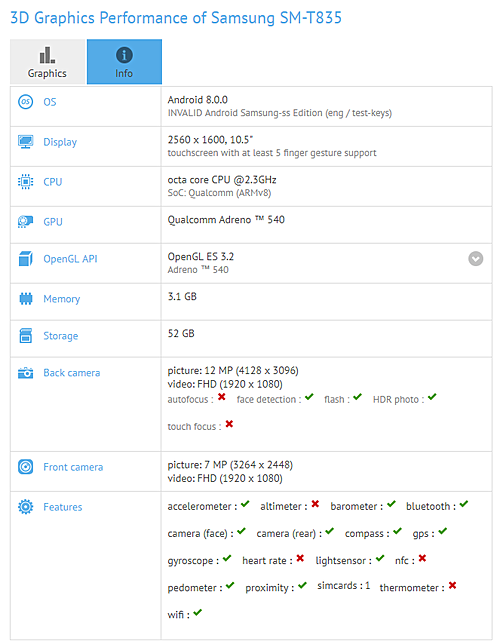 Other key specs include 4GB RAM, 64GB storage, and 12MP/8MP camera combo. OS is Android 8.0 Oreo. No information yet on pricing and availability (although just like the Tab S3, we are expecting an MWC unveiling for the handset).

That's correct. However. step into the 8xx region and you'll see why Adreno is so ogled. the Adreno 630 as far as I can understand (though not certified and no proven. I have no proof of if) is a penta core GPU. and yet with just five cores it trumps...

Most cheap phones use Snapdragon since its cheap and easy to develop for and probably discounted so Qualcomm can gain market share from MediaTek. An endless number of Chinese phones have used Snapdragon 4xx with complete rubbish GPU performance. Trus...