Qualcomm unveiled the Snapdragon 730 only a couple of weeks ago, but a 735 appears to be on the timeline as well. What looks like an internal document details the future chipset's key specs. 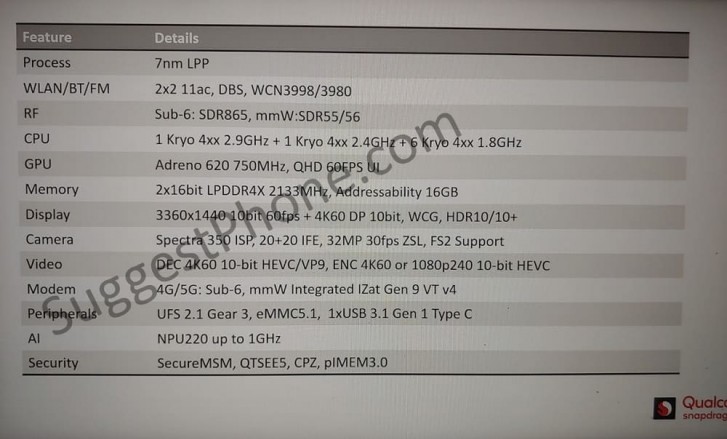 Additionally, the Snapdragon 735 will also supposedly have a 5G modem - is Qualcomm preparing for midrange 5G smartphones as early as next year? Forgive us if we remain skeptical as to the next-gen network's rate of expansion.

The source of the document appears to be the same one that brought us an early look at the S730 a year ago, and it was mostly accurate, so we're inclined to believe it this time also. Time will tell.

Single core Sustainable performance will be higher instead because 1 core produce less heat than 3 core aka less throttling.