Alleged specs of HTC One (M8) with WP 8.1 make the rounds

Alleged full specs of the upcoming HTC One (M8) with Windows Phone 8.1 made the rounds online. The high-end smartphone will debut on August 19 in New York City as HTC One (M8) for Windows. 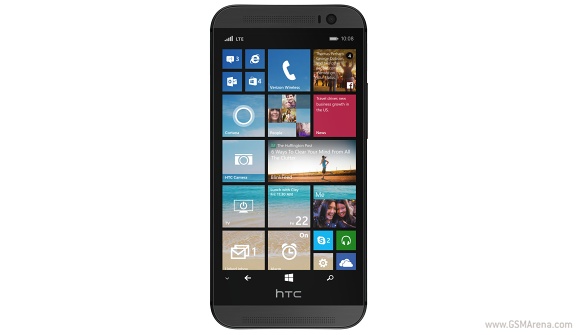 As it turns out, the HTC One (M8) for Windows will copy not only the looks of its Android sibling, but its specs too. At a quick glance, the Windows Phone 8.1 version appears to be completely identical to the One (M8) with Android.

HTC One (M8) for Windows will feature Qualcomm Snapdragon 801 SoC with 2.3GHz quad-core CPU. There will be 2GB of RAM, 32GB of built-in memory, and a microSD card slot on board.

The display of the device will be the already familiar 5” 1080p Super LCD 3 unit with Corning Gorilla Glass 3 and 441ppi. A 4MP UltraPixel camera on the back of the device and a 5MP front-facing unit will be in charge of photography. A 2,600mAh battery will power the One (M8) for Windows.

Quite notably, HTC One (M8) for Windows will sport most of the Android version’s additional features. They include HTC Boomsound stereo speakers, camera U-Focus, and support for HTC Dot View case. The latter will be able to utilize Cortana while closed. The U-Focus feature of the camera on the other hand, will reportedly work in Auto mode.

The handset is expected to hit the shelves of Verizon Wireless in the United States as early as August 21. International release is also expected as the smartphone appeared on a Dutch carrier’s website a few days ago.

so dont buy its simple he he he

he he he don't buy if you not want that simple

Glad to see HTC back in the windows game. My poor bashed up HTC 8s is a nicer phone than the 520 but was fatally hampered by only having 4gb. That and being dropped.