The successor to the Xiaomi Mi Mix has been the subject of several leaks and rumors so far. Back in April, a listing for the device was spotted on GearBest's website, revealing some key specs.

And now, a GFXBench listing - alleged to be of the handset - has surfaced, confirming some of the specs, including Snapdragon 835 chipset and 6GB of RAM. 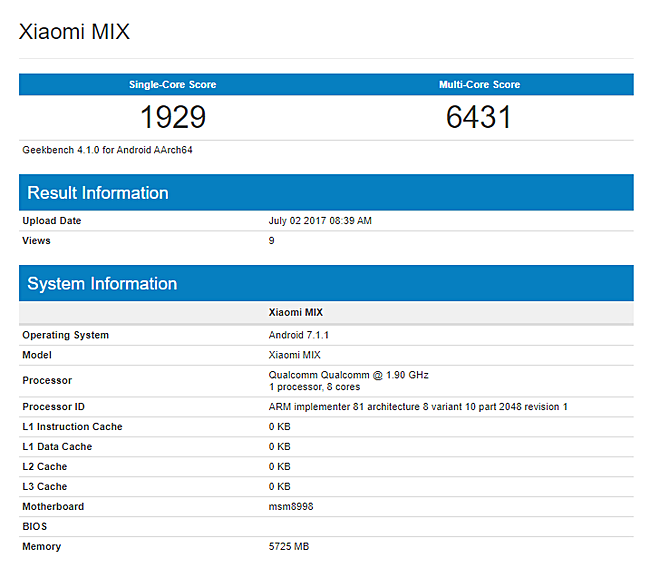 Thanks for the feedback. Good to know.

I have the Mi Mix 1. The phone is very good for browsing. The battery can very easily last 1.5 days. Other than that most of useful Android apps do not work probably or work at all! It is due to heavy customization of miui. Notifications are struggl...

a more slender mi mix 2 i hope.. the original mi mix is too wide esp for asians who have a smaller hands..