The rumors of a golden iPhone have been circulating for some time now. But while the first reaction would be to dismiss it as something preposterous, turns out there is some truth to it after all. 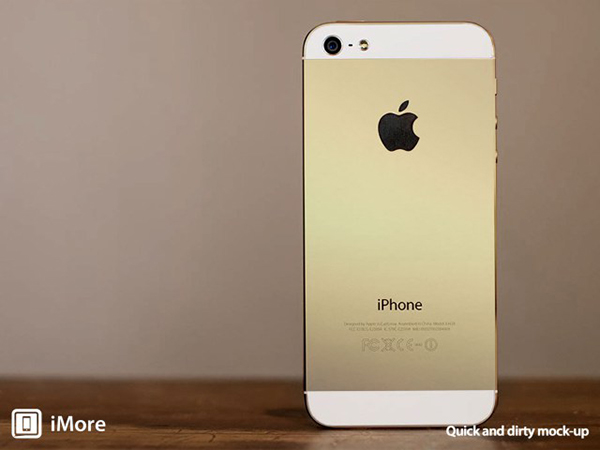 AllThingsD has now confirmed that Apple would indeed be selling the next generation iPhone in a shade of gold. This news was later independently confirmed by other publications as well, including iMore, TechCrunch and 9to5Mac.

At first, you'd wonder why would Apple do that. There are two things to consider here. First, the color won't be the gaudy shade of gold that we usually associate golden phones with. It is being said that the shade will be a much lighter shade of gold, or champagne gold as it is referred to, which is a lot more classy.

Secondly, the demand for golden iPhones is a lot more than one would imagine. Gold is a popular aftermarket color option in Eastern and Middle Eastern markets so naturally it makes sense to offer it out of the box.

It remains to be seen whether this would be the only addition to the existing two color options for the iPhone. Also, what color would Apple pair the gold with (white or black). With about three weeks to go, we should find that out soon.

"if not to expensive" lmfao!!! a it's gold and b it's made by apple...it gonna be silly amounts of money lol!

Do you know what 'jumping the shark' means?