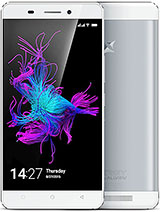 I have this P8 phone from 2016. The battery is very powerful. The supreme test is to use the GPS function during travels (when the screen, the net and GPS are on) or the video recording function to record videos for hours at parties. In both cases, is the most reliable phone in the room/zone, while other people phones as Samsungs, Lgs, Huaweys, Iphones etc die in a range between 4 to 2 hours, the most unreliable being the Iphone (less than 2 hours). At 3 o`clock in the morning all IPhone lovers, including my girlfriend and her female friends, are desperately searching a power source and if they find one become wall`s best friends :))))).

First of all, i want to say that I have this phone for 2 years and a half, and I must say it's still impressive. I'm a medium-heavy user, my mobile data is enabled 24/24 7/7 and streaming media and downloading aprox. 15-17 GB every month and the battery is still ok for 2 days without charging. At this time, I don't feel any degradation in processing the applications.
Second, i want to correct the specifications here: it has infrared port.
I know someone who has a Gionee Marathon M5 and I must say that exept the RAM, all hardware is identical. As aspect, maybe Allview looks like a little higher quality finishing (it's just an opinion). As software, pretty much the same, though I felt there are better features in the built in system utilities of AllView version.
One big disadvantage i find is that I'm stuck with Lollipop :( and there's no future plan to upgrade it.

Yes, the battery is a big lie, you will never reach that sum, the reality is somewhere 9-10 hours in work.

yes, it is correct. mostly phones are manufactured in china with a log or brand name on investors desire. this may be one of them. but my romanian friend got this one and she is so happy with its performace.

i have this phone, 1 year allready. it is fantastic, absolutely fantastic.

The Megastore Guy, 05 Jul 2016Don't kid yourselves, most of the low/mid end phones (and surprisingly a lot of high-end phone... moreIt is actually romanian. Look it up on wiki. And btw, it is not such a bad phone for how accesible it is. :)

Don't kid yourselves, most of the low/mid end phones (and surprisingly a lot of high-end phones too) currently on the market are of chinese design and production, just branded with the buyer's/distributor's logo. Of course, there are chinese phones sold by chinese brands (Lenovo, Huawei, Xiaomi, Meizu, etc), but I'm not talking about that segment here. I'm talking about non-chinese brands like the romanians Allview, Eboda, Evolio, Utok, or indian Gionee, Karbonn, Lava, Xolo, etc, or mexican Zonda, Lanix, etc, or russian Beeline, Gresso, teXet, etc.... and the list can go on for miles. The vast majority, if not all, market China produced phones, based either on chinese design or buyer's/distributor's/marketer's design, with customized software (either by chinese producers, either by buyer). So yeah, it's a very big possibility for some phones to have same specs and/or design, because sometimes it's not worth to invest into new designs, but take whatever is already ready to buy and ship. And don't think that this can't apply to bigger brands too, they're in the same game and they too want to increase (or at least keep) their marketshare at the lowest possible price. The era of pure brand-produced electronics are long gone, it's something from the '80s and early '90s. Now the main difference between brands consist in customer service and side-products (both hardware and software). Wake up and welcome to marketing era.

I bought this phone 2 weeks ago, works perfectly not a single problem. But the battery life is a big lie! I can get only 36 hours of battery life at light use... Under heavy use like games (mortal combat x) using 4g network 10 hours and a bit of battery left for YouTube and Facebook and it is gone. Charges really quickly with it's original charger. The camera app ha's one big flaw if you want to take a picture you have to focuse manually then hold the phone extremely steady when taking the shot if not the picture quality suffers. The DTS isn't as god as it is advertised it is much worse then my old Sony C's sound quality.And I'd love a physical camera button.

Hi people I am from Romania and I will tell you the truth about allview phones. All allview phones are Gionee rebranded.The Romanian just make the soft for this device and then rebrand and sell it.

ahmadkhan8018, 27 Oct 2015This phone is the same is Gionee Marathon M5. Why does GSMarena post rebranded phones? And is 30 euro less then marathon. So stop talking if you don't know what happens

I bought it and when I started to use it, the frontal camera was not focusing.
I sent it to the service and after 2 weeks I'm waiting for a solution.
As far as I know at the Allview "factory" there is no production line. The phone is a chinese brand imported and renamed.

AnonD-443931, 25 Sep 2015Can this device successfully handle any game you throw at it (at the moment)? Or will it have ... moregames works fine, Minion Rush has no lag and response to commands is instant.

AnonD-469187, 23 Nov 2015Don't be daft. They are all generic rebranded Chinese phones.Wrong. Is so NOT Chinese in more proportion than Samsung by example which is also assembled in China not in Korea. As I said, this was designed and assembled in Romania - project sold to India.

can someone help me please . I have the allview p6_Qmax and I cant find him here why ?

ahmadkhan8018, 27 Oct 2015This phone is the same is Gionee Marathon M5. Why does GSMarena post rebranded phones? Correct :-)

do not buy the company Allview , does not offer support or update for phones ...yes allview rebrended the phone ....shame

Sorin, 20 Nov 2015Gionee Marathon M5 is made in India, Allview P8 Energy is made in Romania. Don't be daft. They are all generic rebranded Chinese phones.