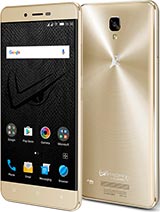 People say that the P9 Lite from Huawei is a better deal but from my tests,this one has way more customizeability in terms of the audio and the overal experience,you even have a 24bit dac in this nice phablet,I've been using this alongside my friend with his P9 lite and he says he has problems all of the time and that's ridiculous since people say that phone is better than this one,this phone,the v2 viper xe runs smooth as butter,you can use even a 32gb card from sandisk at a low price,and you'll end up with 38.07 gb of ram in total,through adoption of the card as internal memory,it is great indeed and it connects very fast to the computer it is speedy in general and feel solid in the hand while the p9 lite feels like a girl's phone to me.You can even use cool tricks like a cool panel for setting which is down at the bottom,you can access it through a swipe from the bottom to the middle of the screen,double tap waking and sleeping from the unlock screen,you can do that from the stock launcher if you double tap on empty space and you'll put the phone to sleep,you can use heavy launchers as TSF Shell Premium launcher and it runs through it like butter,it's insane how much stuff you can do with it,it even runs freaking debian compatibility layer with ease,you can even run stuff with andromium os with ease and screen overlays run smooth as heck,this is a must have in my opinion and if you use natec genesis h59 headphones with it,you'll be in luck,this phablet drives them incredibly nice.I recomend it to you,you won't be dissapointed,it really is a nice phone to buy,especially with that multi-touch and those features,I don't have time for all of them but you will be impressed for sure,buy it on black friday as I did and also a case or something of that caliber and you'll be right on trends,and use mac wallpapers rotated on vertical as I did,with the mac os 10.12.2 wallpaper,the one with orange and blue shapes,it looks stunning on that IPS screen,it even has oncell technology and the procesor is a turbo x64 processor,so,yeah,and you can even get 600h battery life on super economy mode.Have a nice time with it if you choose it,it won'y dissapoint you!!!CHEERS!!!