Those first rumors of the update being released turned out to be a hoax, but Sony seems to be working hard on bringing Jelly Bean to its Xperia T flagship (and probably other smartphones too). The company just released alpha version of the ROM to any one who can't wait any more.

To install the ROM you'll need an unlocked Xperia T, and you'll have to unlock your boot loader and follow some instructions. Keep in mind that according to Sony, unlocking a bootloader will prevent you from getting the real update when it's released and is an irreversible action. 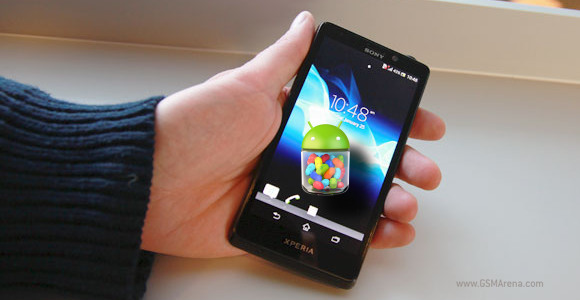 The alpha version of the ROM is quite poor though and is recommended only for developers. All connectivity services are NOT working as Sony is still waiting for an approval from the authorities - GSM, Bluetooth, Wi-Fi, NFC and FM radio are a no-go.

Also, the UI is not yet updated to the final Jelly Bean looks and the Google Mobile Services are not pre-installed - so there are no Play Store, Gmail, Google Maps, etc.).

Basically this ROM is impossible to use as a daily driver and only good for developers who need to test their apps.

Sony promised to deliver the Jelly Bean update by the end of March and it seems it's going to be on time.

Pls someone advise me! My xperia T system update is showing that a new update is available. It's Build number 7.0.A.3.223 whereas mine is 7.0.A.3.195. Is this the new Alpha version update which SONY is offering right now ??? I don't want to update to...

buddy believe u me, i had the same complaint but u just need to reflash the software using Sony update service and see the differece....