A new update has just arrived to some Amazfit GTR and GTS units. The software version for the GTR is 1.3.5.77 while the GTS gets 0.0.9.12. Both versions of the software, however, carry the same new feature - support for naps over 20 minutes. 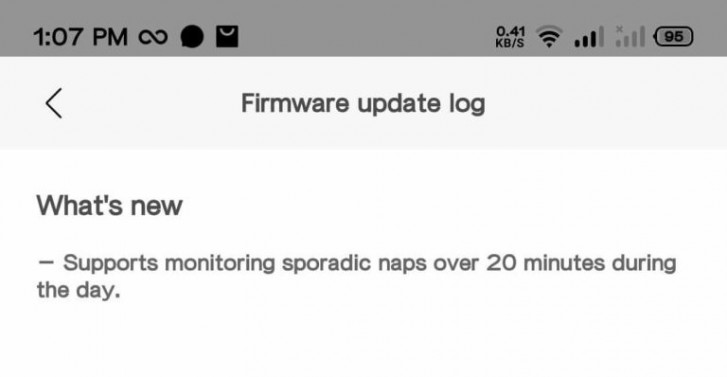 This shouldn't be mistaken for the regular sleep tracking - that's something these watches were capable before the update. But some people like to take naps during the day and sometimes they are more than 20 minutes. That's why Amazfit wanted to give you a little bit more insight into how you sleep during the day.

There's nothing new according to the changelog, though, so might as well go take a nap and try it out.

I am grateful of that bezel, how many times i punched the door with that watch and no scratch at all, with bezel less it would be broken at the first knock on door or anything else. Even with the update GPS is still slow 50-70s to connect outdoo...

Not impressed with the HUGE unnecessary bezel. What a waste of real estate. Like with all new phones, reduce or get rid all together of needless bezels.

This is false. It was fixed with an update in February.