Amazfit GTR unveiled in 42mm and 47mm versions, has up to 24 days battery life

As expected, Huami unveiled the Amazfit GTR smartwatch. It features a round OLED display like the Amazfit Smart Watch 2 and comes in two sizes – 42mm and 47mm. 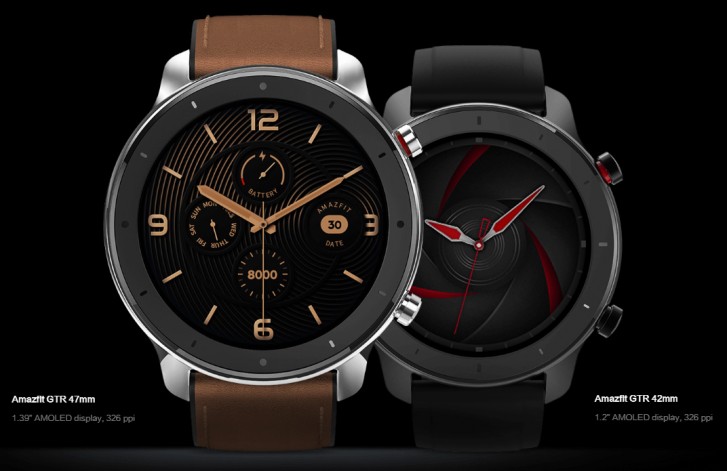 As with other Amazfit watches, battery life is one of the best features. The 47mm model has a 410mAh LiPo battery, good for 24 days of regular usage. The 42mm version packs a smaller 195mAh battery, which lasts up to 12 days. Check the table below for a more detailed breakdown.

Yes, the Amazfit GTR has a built-in GPS+GLONASS receiver, which can be used in some of the 12 exercise modes, in addition to the optical heart rate monitor. The watch is water resistant up to 5ATM, so you can take it for a swim (Huami advertises both pool and open water swimming).

In terms of smartwatch functionality, the GTR will display notifications, event reminders, incoming texts and calls (but there’s no loudspeaker). It will also show weather information, the music info from your phone and a compass.

The Amazfit GTR 42mm standard edition starts at CNY 800 ($120/€105) and comes with 20mm silicone straps in Black, Pink or White. There’s also a special edition with 60 cubic zirconia and a white leather strap. This watch weighs 25.5g without a strap.

The titanium model is the lightest at 36g, the aluminum version is 40g and the steel one has some more heft to it at 48g. 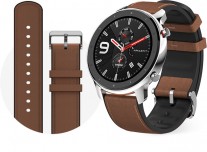 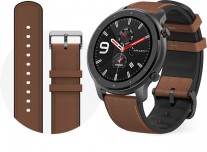 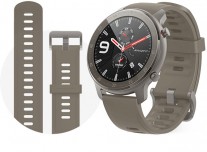 There’s also an Iron Man Limited Edition of the 47mm model with a red silicone strap and gold-colored body. Pricing on that one will be announced later. 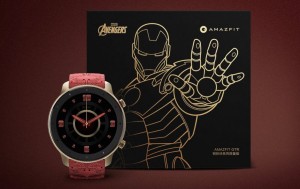 yes, it has. after lastest update