Following the launch of Ryzen 7, AMD has announced the second tier of its desktop CPU lineup, the Ryzen 5. Unlike the Ryzen 7, which targets the high-end of desktop computing, the Ryzen 5 is aimed at the mid-range and will compete with the more affordable Intel Core i5 series. 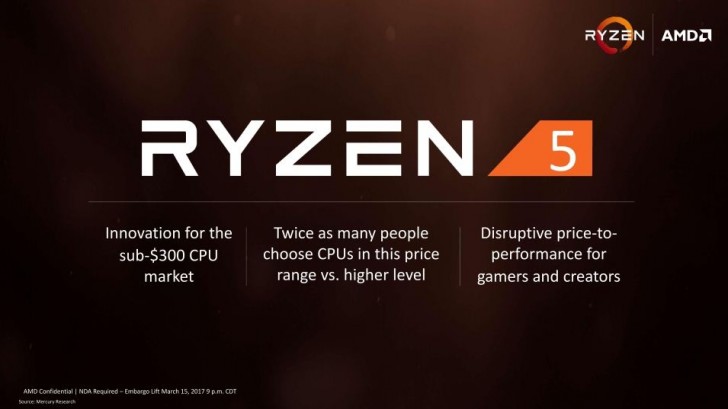 All four parts feature an unlocked multiplier for overclocking. 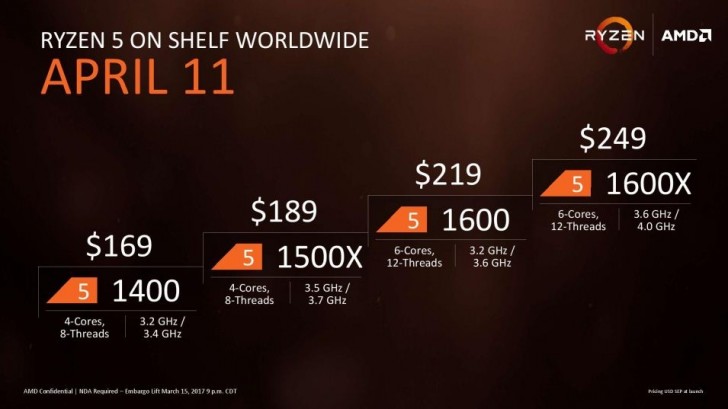 The Ryzen 5 is based on the same AMD AM4 platform as Ryzen 7 with same basic feature support. None of the parts have an integrated GPU so a dedicated GPU is a must, which shouldn't be an issue for those interested in gaming. All the parts will go on sale on April 11.

More likely than not, Intel will wait for the next architecture and paint that much needed "sanity-check" as a major improvement of that architecture. Business 101.

I agree.... this thing just killed half of Intel's lineup. There's no need for Pentiums, Celeron's, or Core i3's anymore. If anything, Intel would be wise to move their entire products down one category for instance: Core i3-8100 - $80 - 2C/...