Right when we began to wonder why is Motorola being so quiet on the US front these days, a juicy rumor regarding an upcoming smartphone from Google's newly acquired property sprung up. An AT&T branded Motorola, codenamed "Dinara" has leaked out in an alleged image. 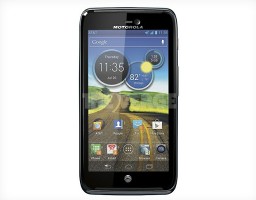 The upcoming smartphone is rumored to offer 4.5" HD display and Motoblur-ed Android Ice Cream Sandwich, to go with its LTE connectivity. The rest of the specs are likely to be similar to the Motorola XT928, which is sold on the Chinese Market.

As the image mildly suggests, a late July launch is possible. Don't be surprised if you see the handset carry the Atrix 3 moniker when it goes official.

Next is the Motorola "Pinata"

I had agirlfriend called Dinarka, once. So, it is not exactly on topic, but nice memory. Robert Lichota

i love atrix series i hope it come out with low price . for world wide