Sony Xperia SP has been wandering rumorland for quite some time. Most recently we heard the phone will be announced at a press event in Moscow on March 18. We even saw some live pictures of the gadget.

Today an official-looking render image is popping on various forums and news sites. It definitely looks similar to those earlier images, so it might be the real thing. 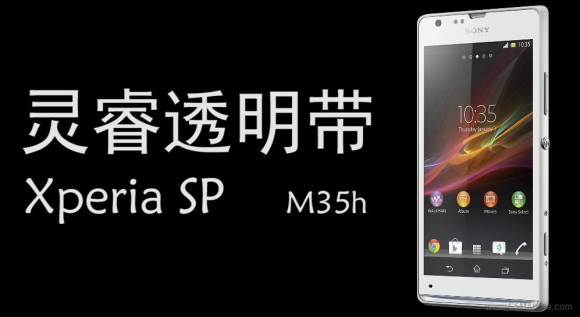 The Sony Xperia SP is reportedly running on the Qualcomm Snapdragon S4 Pro MSM8960T platform with 1.7GHz dual-core Krait processor and Adreno 320 GPU. A 4.6" display of 720p resolution is at the front, while an 8MP snapper with an Exmor RS sensor will head the camera department. The SP is expected to feature 8GB of internal storage expandable via a microSD slot.

I still use xperia Pro, but waiting for another qwerty phone. Dont understand why they arent anymore some real ones, for pro use, like it was the Nokia communicatir years ago.

Staying with my samsung e2121 until someone releases a decent qwerty smartphone!