Google released the Android 4.0 update for the Nexus S last year in December but the Nexus S 4G for Sprint was inexplicably left out. A couple of months ago an Android 4.0.4 ROM leaked for the device, which made people hope that the official OTA update would arrive soon but that did not happen. 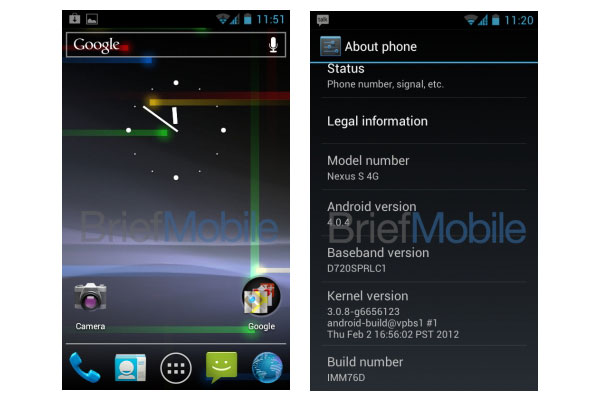 Today, we have another leaked ROM for the Nexus S 4G. This one will update your phone to Android 4.0.4, bringing all the features that other Nexus S users have been enjoying for months, along with some improvements to the WiMAX reception, due to the updated baseband.

Google recently started rolling out the Android 4.0.4 update to the GSM versions of the Galaxy Nexus and the Nexus S but few users have actually received the update so far, with most choosing to simply flash it manually. Knowing Google's history of ignoring the Nexus S 4G when it comes to updates, you might want to jump the gun and flash it manually.

yeah...android will crash overnight w/ WP. i wonder how many months or years will you be saying that. you think like nostradamus... all your prophecies will happen many years after you have predicted it. :P

you are wrong. updates are not for fixing bugs only but to improve performance and enhance user experience as well. android is a great operating system.

ha ha what happened buddy? Smartphone lovers like you and me will cross situations like this at some point with some phones.