Android 4.0 ROM leaks for AT&T version of the Galaxy Note

The folks at RootzWiki have managed to get their hands on the official Android 4.0 ROM for the AT&T version of the Samsung Galaxy Note. They tested the ROM and other than a few minor issues found it to be stable enough for everyday use. 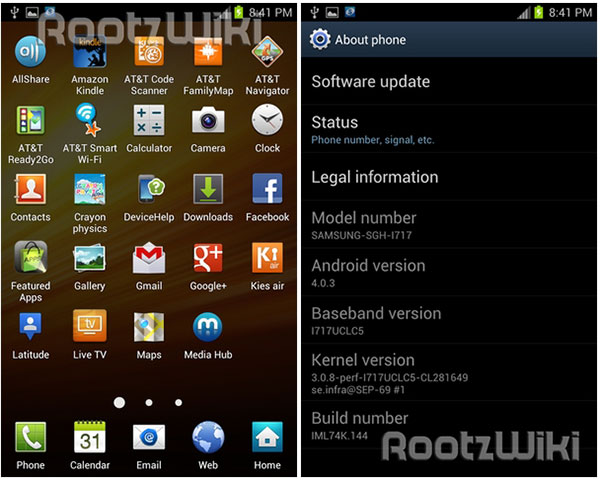 Features such as LTE connectivity, phone calls, audio quality, stereo Bluetooth, MMS, GPS, etc. were found to be working as expected and then of course there are the ICS specific features such as face unlock found in this ROM.

There are some changes compared to the Gingerbread version, such as Samsung Planner being renamed to simply Calendar and new calendar and memo widgets.

As for the aforementioned minor issues, the launcher is said to crash on the first launch and when you add a Google account but works fine thereafter. This ROM also lacks the Premium Suite of apps that Samsung promised in the official update.

For the download link and instructions on how to install this ROM, check out the source link below.

When we can get android 4.0 update for Galaxy Note in Malaysia ... Samsung Malaysia please do somthing about this !

Although Galaxy note the current flag model of samsung still lack ICS upadte!!! Very bad from samsung... All my friend updated to ICS having SII and me still with my Note's Gingerbread.. when can we except the update for my Samsung Galaxy Note?