We are not even mid-way through July and Google has already initiated the process of releasing the Android 4.1 Jelly Bean update to Nexus devices as promised at the Google I/O. 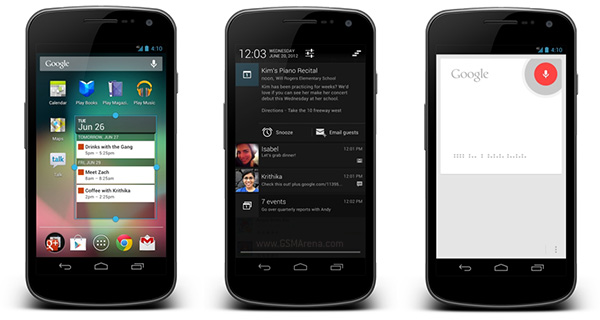 The first device to receive the update will be the GSM variant of the Galaxy Nexus (maguro). Users of this device will see the notification for the update in the next few days. If you are running the version of Jelly Bean provided on the developer units at Google I/O you will still receive this update as it is newer than the developer version.

After updating, you will see all the features shown off at the Google I/O, including Project Butter, Google Now, improved notifications, improved homescreen, improved keyboard, improved camera app and many more. You can find out more about them in our preview.

Other devices such as the CDMA Galaxy Nexus (toro), Nexus S and the Motorola XOOM will receive the update shortly after the GSM Galaxy Nexus.

I am still waiting on my jelly bean update to my on my galaxy nexus gsm i in europe :(