Sony may release Jelly Bean 4.2 for the Xperia Z next month 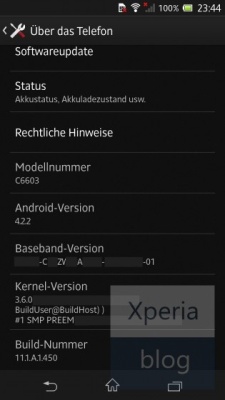 The Android 4.2 update for Xperia Z will feature an updated 3.6 kernel, compared to the 3.4 kernel found on stock Android 4.1.2 firmware. The Android 4.2.2 Jelly Bean update is further rumored to be officially released in Europe by the end of March, but take that with a pinch of salt, since the information is not from an official source.

Wonder why people kept mentioning sony very lates in update. If you notice in every sony major os update there are also new fetures sony adapt inside it. Sony takes extra miles by not giving just an update but totally package in everthing good in son...

Might get update IN A FEW WEEKS after the release. Next time read everything before commenting.