Just by looking at the screenshots we can't identify anything truly new, except for the camera UI, which is already present on the HTC One and Galaxy S4 Google Editions, and the fact that the release seems to retain the Jelly Bean name, instead of going for Key Lime Pie. 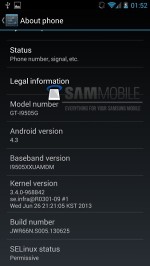 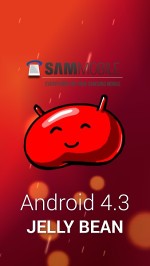 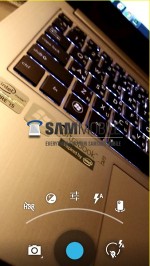 According to another report from WSJ, Google is feverishly working on finishing up Android 4.3 and releasing it and is planning on dropping Android Key Lime Pie (perhaps version 5.0) on the scene this fall. According to sources the next Android iteration (KLP, not JB) will be "better tailored to the lower-cost smartphones".

Reportedly Google is even developing low-cost devices on its own, without OEM branding.

And while we're talking rumors WSJ learned from unknown sources that Google is developing a smartwatch device and gaming console, both revolving around the Android platform. Seeing how much traction the OUYA console gained and that smart wristwatches are all over the news lately, we would hardly be surprised if Google wants to join the bandwagon. There's also talk of an upcoming second generation Nexus Q home entertainment device.

However there are a lot of ifs and buts, and uncertainties in the information so you should take it with a pinch of salt.