Android 4.3 update for S4 and S III gets to Europe

Some users are seeing their Samsung Galaxy S4 and S III receiving the Android 4.3 Jelly Bean update in Europe.

The update was first rolled-out but was shortly found to be infested by a lot of bugs and was since pulled. Not after AT&T resumed seeding the fixed version of the update. And now the update has started making its way to other regions. 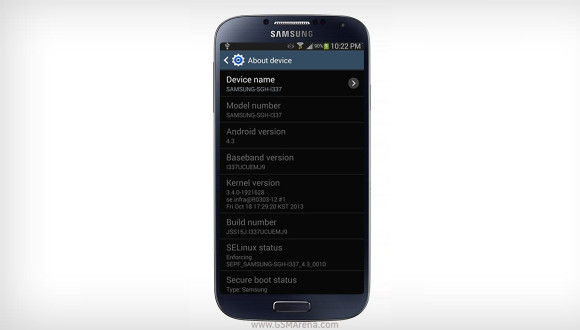 The update brings improvements to performance, the Galaxy S4 gets Galaxy Gear and Knox support along with Group Play 2.5 and more.

Users that have installed the buggy 4.3 update should shortly receive a small patch update through Samsung Kies. And the Galaxy S4 should receive Android KitKat soon as well so this isn't the last one.

I updated my SIII via OTA and i lost my IMEI number and my phone cant access any network and doesn't recognise any SIM card i insert in the phone..I need help to fix this ...any help ?

i have samsung s 3 and i upgrade to android 4.3 now i have problem in sim card.its neither getting call from other number neither i can make call.did the samsumg will fix it or not...