Sony Xperia Z1 Compact is now getting Android 4.4.4 KitKat update. Google released 4.4.4 last week - it contains just a security patch for an OpenSSL bug, which would have allowed a man-in-the-middle attack. There are no new features. 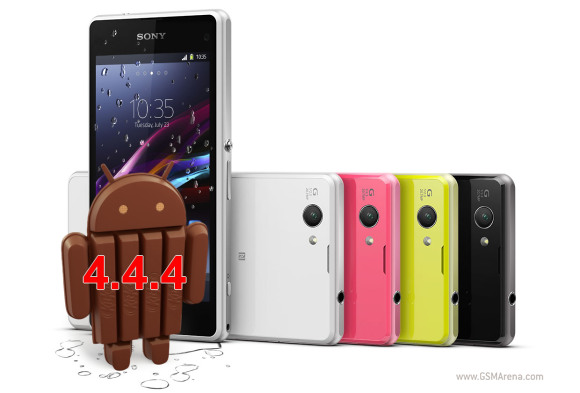 The OTA update for the Xperia Z1 Compact doesn't bring anything new, either. You bet the new firmware also comes with the recently announced Android 4.4.3 fix, which squashes some bugs and improves the system stability and performance.

Xperia Z1 Compact's Android 4.4.4 firmware comes under the build number of 14.4.A.0.108. The same build has been already certified for the Sony Xperia Z1 and Xperia Z Ultra, too. This means the owners of this devices should expect their update notifications very soon.

Thank you, JosephNero, for the tip!

Hi guys, can someone help me. My z1 compact does not have Kitkat update yet. :(

I've been also experiencing the same issue, cannot see my contacts, therefore cannot search for any numbers saved. Did anyone find a solution for this? Thanks