Today, Sony has announced the Android 4.4.4 update for the Xperia Z2 and Xperia Z2 Tablet. The rollout has started already, but as usual it might take a while for the new software to reach your particular device - depending on where you are and if you bought a carrier-customized unit or not.

Accompanying the decidedly small OS update are some new features that Sony baked in. Both the Z2 and the Z2 Tablet will get PS4 Remote Play functionality, following in the footsteps of the Z3 family. This means the smartphone and tablet will be able to act as a remote screen and to connect to and control your games on the PlayStation 4. 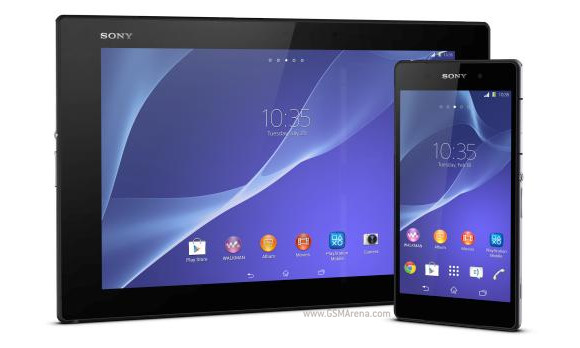 The Z2 series also receives support for playback of PCM and DSD audio files via the 3.5 mm jack, in addition to the USB Hi-Res playback. The Walkman app now has Sony's DSEE HX tech built-in, which enhances the sound of your MP3s or AACs as well as songs you bought from Sony's Music Unlimited service. On the music front, you'll also be able to select optimized settings for different Sony headsets you may be using.

The Z2 family gets access to the latest Xperia Camera apps, as well as the newest Battery Stamina mode. The Xperia Z2 can use Ultra Stamina mode too, which lets it sit in standby for more than a week apparently.

Smart screen rotation prevents unwanted rotations, while the new Record screen feature lets you do just that - record a video of what you're doing on the screen. Finally, the Z2 and Z2 Tablet now have Bluetooth Unlock, which automatically unlocks them when they are in close proximity to Sony's SmartBand, SmartBand Talk, or SmartWatch 3.

Thanks for sending this in, Josephnero!

camera got very dull.i have checked with the new mobile in the showroom huge difference in camera quality.Even my phone is just 15 days old.any suggestions to get the camera quality back.

Why the hell did you change everything for??? Stupid upgrade!! Why chage the icons? Why the clock made bigger? Just stupid!!! Now when I see whats running in the back ground I can only close one at a time instead of everything at once!! SMS messageds...