A few days back Version started rolling out the Android 4.4 KitKat update for the Motorola Droid Mini, Droid Ultra and Droid Maxx smartphones only to pull it out a couple of days later. However, Verizon has now resumed its firmware upgrade that takes the trio to the latest version of Android. 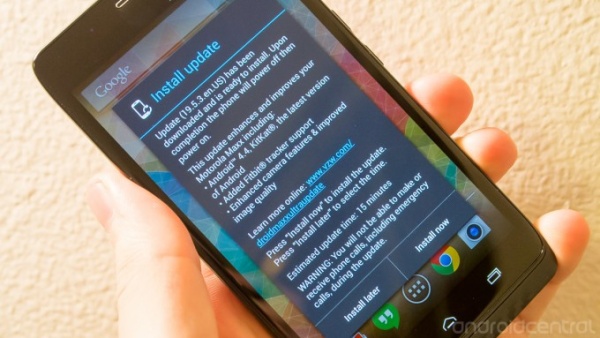 Android 4.4 KitKat for the smartphone trio brings their users the ability to access the immersive mode and the update also adds Fitbit support along with a new version of Droid Zap. The new firmware squashes known bugs from the previous version and brings stability improvements to enhance the overall experience.

If you own a Motorola Droid Mini, Ultra or Maxx then you should get the software update notification any moment now.

I suggest all you guys not to install any new update if it's present there just keep your phone simple as if you brought it now...because if you will update it so many problems will bother your phone that you never know and it will become useless for...

Why won't my android 4.4 alctel one touch won't charge