If you remember, back in March, Google pushed a downgrade OTA to Android 7.1.1-powered Nexus 6 units (forcing them back on to version 7.0.) following reports that the March update broke Android Pay. Now, several months after that, the device has started receiving the update again. 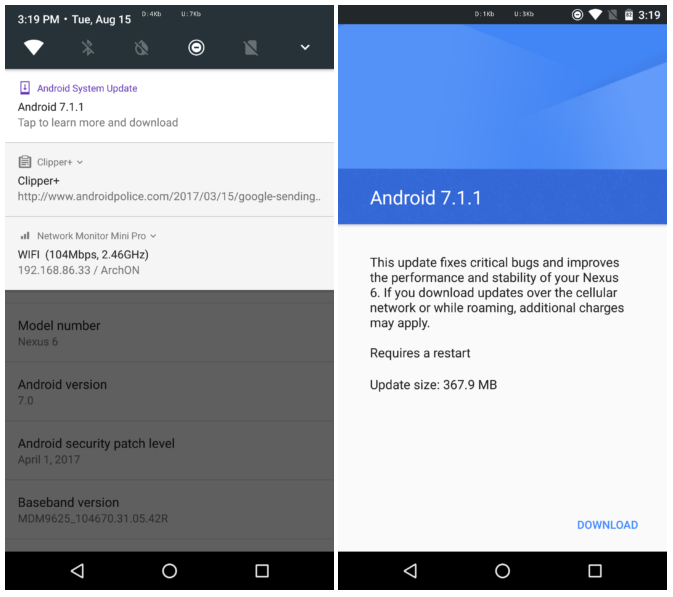 Keep in mind that you need to be on the most recent Android 7.0 build in order to successfully install the latest 7.1.1 update being rolled out by the company. The new update weighs in at around 370MB.

The best among nexus

it is still a still a great phone.