Twelve months have passed since the introduction of Android 7.0 Nougat, and you know what that means - a new, even sweeter release of Google's mobile operating system is out. With Oreo we're treated to the second ever co-branding exercise for an Android version, following in the footsteps of KitKat from a few years ago. While it may have been officially revealed during a rare event (the total solar eclipse on August 21), Oreo doesn't come with huge changes compared to its predecessor - at least not any that are immediately obvious to the user.

Underneath the just slightly tweaked UI elements, however, sits Project Treble - which is basically a revolution in the way the OS is built, and may result in longer software support windows than what we've gotten used to from Android device makers. Then again, promises of faster updates have burned us before, so we're a bit wary of believing update-related claims before we actually see any of them becoming reality. 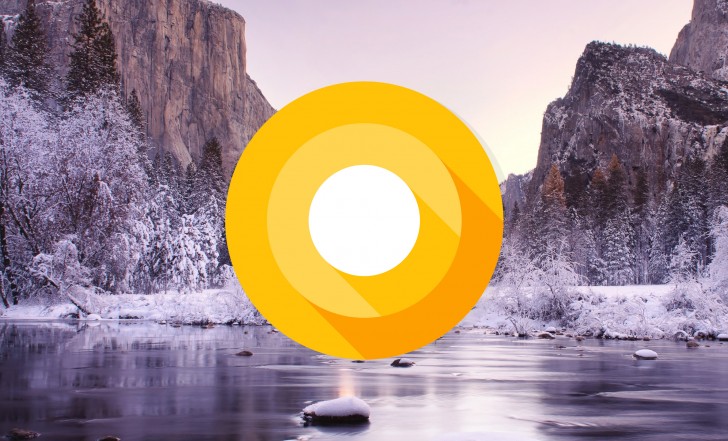 As usual with reviews of big new Android releases, what we're talking about here is the unadulterated Oreo experience that's currently available for Google's Pixels and Nexuses. These have all started to receive updates to the new version, and 2017's Pixels will run the new OS from day one.

If the smartphone you own isn't a Pixel or Nexus, then some (or many) of the aesthetic changes introduced in Oreo may not make it to your particular handset or tablet, because they could get lost in its manufacturer's need to skin things one way or another. Furthermore, you're going to have to wait, and we're talking months here, for Oreo to reach you. This is how things have always been in the Android world, and at this point we've given up hope that any of this will ever change. So if you want to be among the first to receive new OS versions as they come out of Google's oven, you need to buy a Pixel.

You may be among the lucky few who own a phone or tablet that's already received its update to Android 8.0 Oreo. Or you could be anxiously waiting for your device's manufacturer to deliver this OS version to you. In either case, you're welcome to join us in the following pages where we shall perform an in-depth exploration of what you can expect to get from Google's latest tasty treat.

Yes,it is on official lists

The oreo update completely stooped my Samsung galaxy S7 from working. I was forced to do a factory reset which has caused untold problems.