Motorola has started rolling out a new update to unlocked and Amazon Prime variants of its Moto X4 smartphone. Arriving as version OPW28.2 for both models, it's a major update that bumps the Android OS version to 8.1 Oreo. 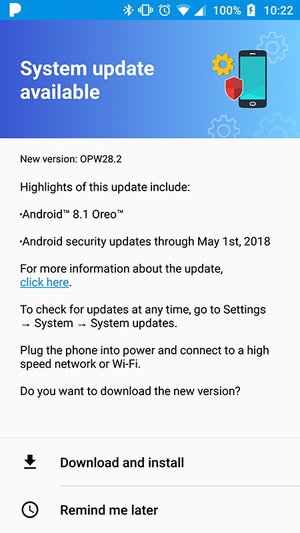 Aside from what the 8.1 update brings (like Pixel 2 launcher look as well as dark and light themes), the update also includes Android security fixes for the month of May. As is usually the case with OTA roll outs, it may take time for the update notification to pop up on your screen, so be patient.

Too many serious problems reported on the Moto forums, give it a while before even thinking of updating.

When Android 8.0 is releasing for Motorola droid turbo... anyone tell