Xiaomi has started sending out a new Android 8.1 Oreo update to the Mi A1 Android One device. This comes after the initial rollout was stopped due to the emergence of a pretty nasty bug that wiped your entire SMS history. Basically you'd apply the update and after the mandatory reboot all your messages would just be gone.

That's supposedly no longer the case. The new update even has the July security patches built-in. After you install the new release, you'll be on build OPM1.171019.026.V9.6.4.0.ODHMIFE. The software comes over-the-air as a 467MB download. 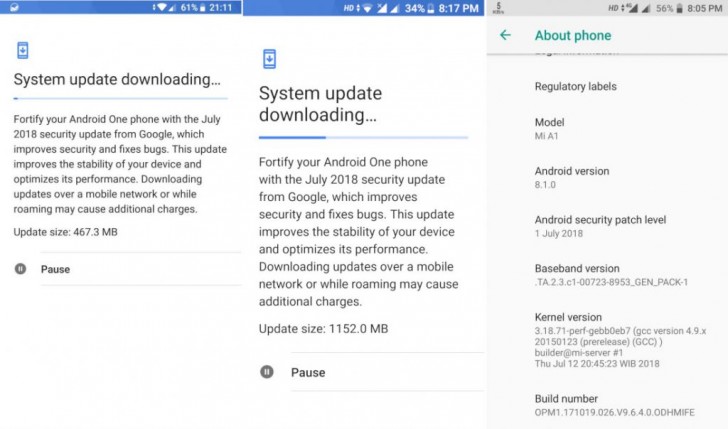 If you've already installed the initial Android 8.1 release with the SMS bug, you'll also be updated to the newer version, but in that case you're looking at a 1.15GB file you need to pull. According to the changelog, some unnamed performance enhancements are packed inside as well.

As usual with such updates, don't be anxious if you haven't gotten yours already, the rollout is likely to go out in stages. It will probably take a few days for it to reach all Mi A1 handsets out there.

Why is my phone having a May security patch?

Updated my Mi A1 and it works perfectly well so far. Battery life is improved.

Is it available in Philippines?