There is also the fact that a considerable amount of storage will be occupied by the operating system itself. And by the end of the day, we usually lose a significant portion of the storage even before we open the box.

That's the reason we try to fill our phone specs with the actual available storage to the user. And now we can shed some light on the Galaxy S7 series and its internal storage.

As it turns out, the Android OS and TouchWiz launcher occupy 8GB of storage Galaxy S7 and Galaxy S7 edge. This is upon the first run, even before you begin to setup your phone with accounts, apps, etc. 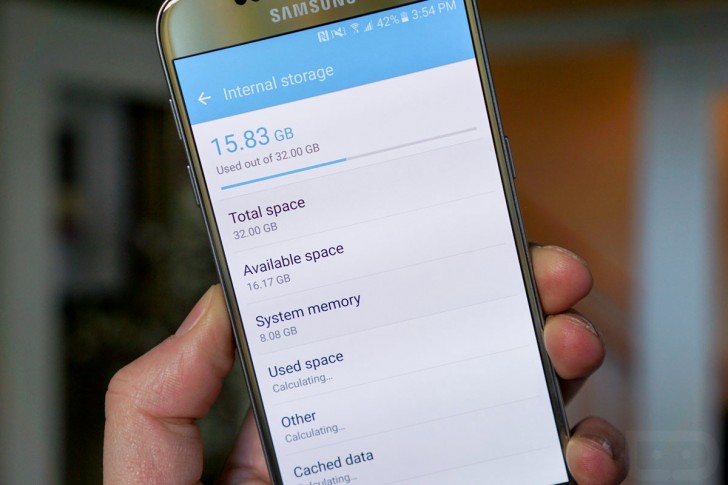 The typical smartphone user also fills a few GBs the moment he starts updating apps and restoring purchases. And those precious 32GB will be halved in no time.

Luckily, the Galaxy S7 and S7 edge offer microSD expansion and the option to move apps to the SD card.

Hopefully, this information helps you make the right decision - maybe you should consider waiting for the 64GB models, or purchasing a fast microSD card.

This is the only part of Samsung phones I dislike.

How much memory left if add Samsung's bloatwares??