It appears that HP might be looking for a way back into the smartphone game, people . Immediately after the computer giant's CEO Meg Whitman spoke about the company releasing a smartphone eventually, an HP branded, Android ICS booting handset, dubbed Bender has appeared in GLBenchmark test result database. 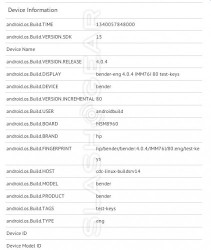 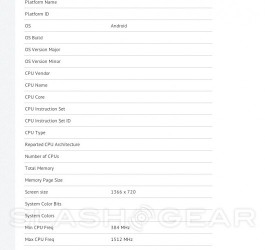 The mysterious handset sports some seriously beefy specs, which include Qualcomm Snapdragon S4 silicon and a display resolution of 1366 x 720 pixels. The Android version, which the leaked device boots is Android 4.0.4 Ice Cream Sandwich.

Since having another tech heavyweight enter the smartphone game is a pretty big deal, we suggest you take this piece of news with a larger than usual pinch of salt. We will be keeping a close eye on HP though.

What? Have Microsoft announced that they are bringing out an android phone? :-) :-) :-)

LOL. I'm not sure how many people are going to get the referencing here.