Sundar Pichai kicked off Google I/O with some raw numbers on the impressive growth of Android. The platform grew in the smartphone field it dominates, but also for the first time yet it powers over half of tablets. 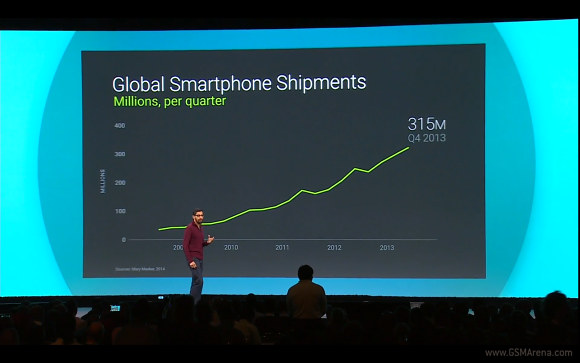 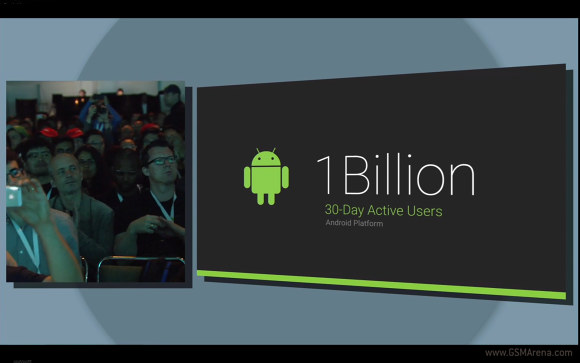 Tablet activations also shot up since last year and now over 60% of tablets run Android, compared to just under half of tablets last year. 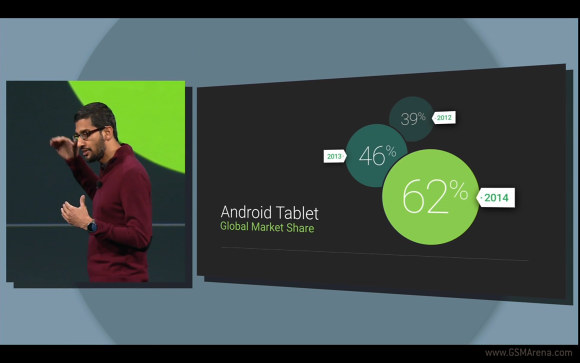 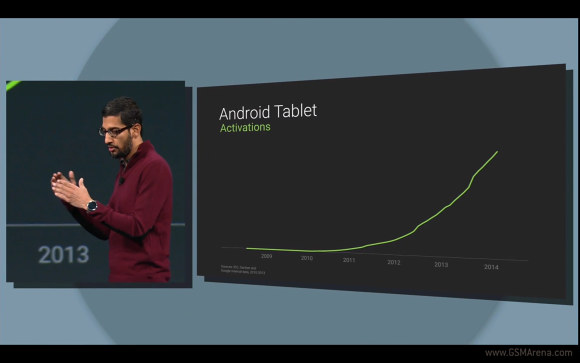 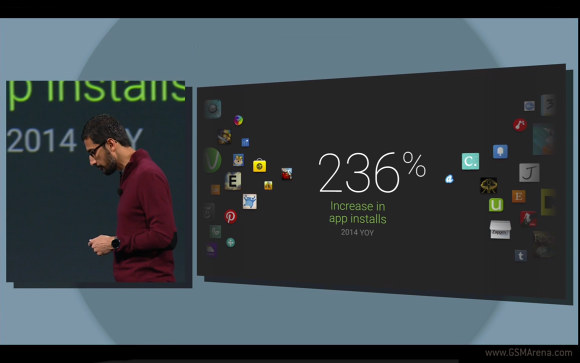 Pichai also gave some interesting statistics of what Android users do with their phones. Together, the billion users take 1.5 trillion steps each day and snap 93 million selfies along the way. 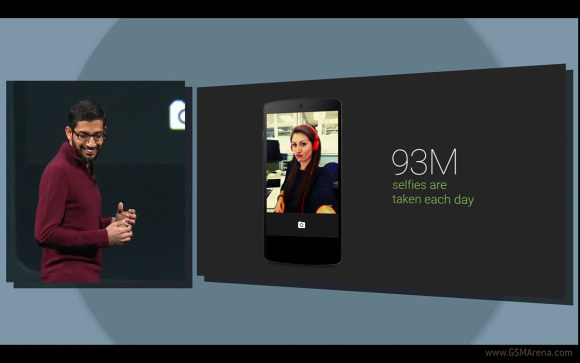 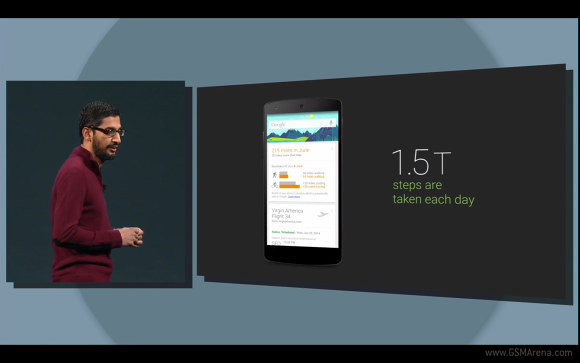 omg lol this guy has some balls

did u see the guy holding the iPhone 5S gold?From the second photo