Developers at Google I/O got a glimpse of the next major version of Android known only as M for now. There are six major improvements that mostly focus on how apps work and interact with each other. Android's wireless payment system also got a big boost, in part thanks to unified fingerprint sensor support. 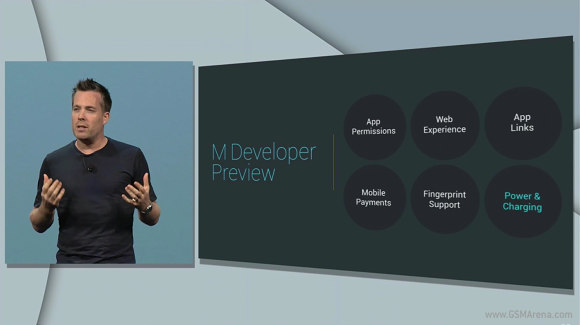 Android M is moving to an iOS-style permissions. You don't get asked about all permissions lumped together at install time, instead the app will ask for each permission the first time you use it. You can go into the Settings screen to view what permissions an app is using and revoke or allow them. You can also view all apps that use a certain permission.

So many apps today have a web component that forces you to jump between a browser and the app or as web view embedded into the app. 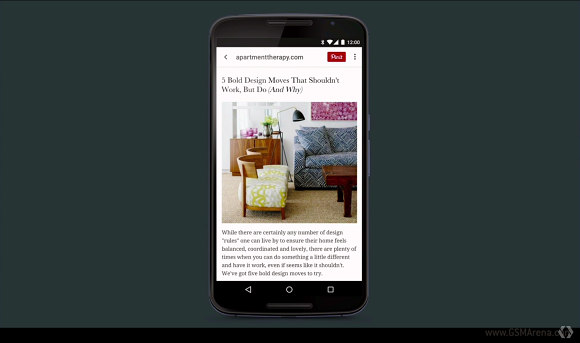 The Chrome team proposes a different solution - style Chrome to look like a part of the app. The app can launch a custom Chrome tab, style it and add buttons to make it feel almost like a native part of the app.

What if an app needs to interact with something other than a browser? Android M adds a secure way for apps to verify that when they send a request (e.g. open Twitter and show this tweet), the receiving app that handles the request is legit. The OS will verify it cryptographically with the web server, which will thwart malicious apps.

Google has been trying to make mobile payments work for years now, Android Pay is the latest iteration. It will leverage a phone's NFC hardware to stand between the store and your credit card. 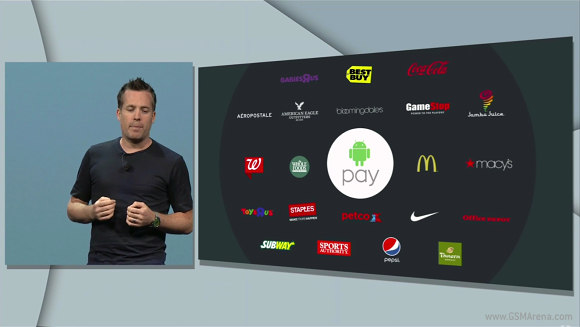 The store - or even apps that sell things - will never see the details of your credit card as Pay keeps that private. The service will work with major cards, US carriers (AT&T, T-Mo, VZW) as well as a variety of stores: McDonald's, Subway, Best Buy, Coca Cola, Pepsi, you name it.

Some vendors are already leveraging fingerprint sensors to secure payments, now Google is making that functionality an official part of Android. Android M will abstract away the different kinds of sensors, presenting apps with a consistent API, which is bound to make life easier for developers.

Project Volta was the first step and with M Google is pushing ahead with improving battery life with Doze. Phones running the new OS will use their motion sensors to detect when the phone is just laying around and doze off.

Dozing makes apps check with servers and run background activities less often. The longer the phone has been dozing, the less often apps get to do stuff. Still, phones can quickly wake up when needed.

The result is that a Nexus 9 lasted twice as long running Android M than it did on Lollipop. 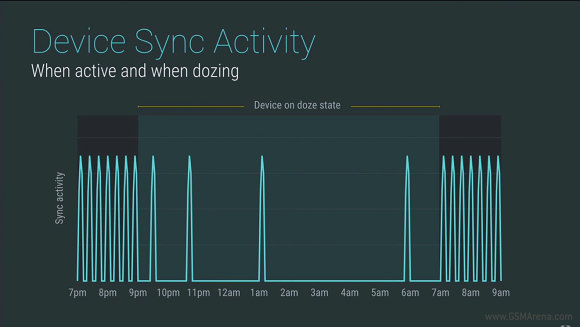 Another part of battery life is quick charging. Google is adopting the USB Type C standard for its new power delivery modes, which can charge a phone much faster (3x to 5x).

And since Type C is bi-directional you can even make the phone send power down the cable - imagine phones with huge batteries being used as battery packs.

Google Now is also getting smarter with the new "on tap" functionality. It has improved natural language understanding, so you can ask it questions in a natural way - "his", "it", "this", the system is smart enough to figure out what you mean. The service is also aware of where you are in the UI.

A quick demo showed Now on Tap answering "What's his real name?" while the phone was playing Skrillex. Google's knowledge graph provided the answer, Now on Tap made the connection (his -> Skrillex).

The developer preview is going to be available to the Nexus 5, 6, 9, and Player and you can download it by following this link.

and after you do that, you'll go back to android.

Good luck with the Windows Fail 10.

Mobile payments Fingerprint sensor Reversable connector Dose Individual App permissions So Google has copied almost everything that was left Exclusive in iOS 8. Let's wait for WWDC to see what new Apple has to offer with iOS 9 & put ...