Today Adobe unleashed the beta of their Flash 10.2 for Android. It's supported on Froyo, Gingerbread and Honeycomb devices and promises seriously faster performance. 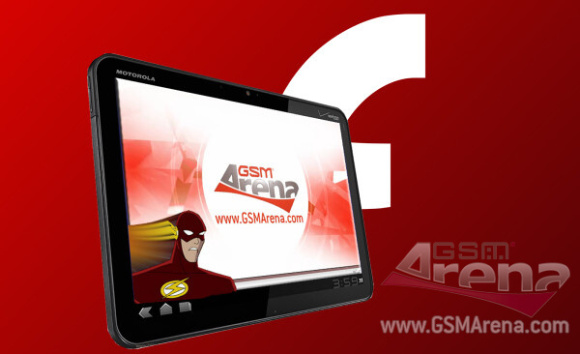 This is still just a beta and it's expected to have some bugs. But still, an increase in streaming performance is visible and it's well worth it to try the update out.

Let's refresh your memory about the upgrades the Flash player 10.2 brings. Playing a YouTube video at 480p is still hit-and-miss, while a 720p clip is unwatchable. Also if you guys remember an update came out not that long ago for the Motorola Xoom, which Motorola claims is required for the coming Flash 10.2 update.

Adobe promises to fix all this with a more polished version of the update, which will be coming soon. Right now the hardware acceleration of the Xoom is actually turned off and should be enabled with the next release.

The Beta update also promises to bring increased performance to dual-core Android devices, running on versions 2.2 and 2.3. Not to mention a leap in performance on the Android 3.0 for tablets. The latter should be able to stream seamlessly 720p HD quality with the final version of the Flash 10.2. This will seriously put the heat on the new iPad 2, in our opinion.

Older single-core smartphones should get a performance increase too, so don't think you're left out if you own a previous generation droid.

There's no word on the update availability yet, but the beta should hit the Android Market any minute now. When it does, be sure to check it out, we know we will.

Wasn't for too long android advantage flash mobile died at 2012-2013, is anyone missed it?

Maemo is a good platform, running Android OS shows it's good. You can even run some native Android apps with Alien Dalvik without Android OS. I think that is pretty cool. Too bad Nokia was not serious with MeeGo, it could have been alot more powerf...

I wasn't just talking about the spec sheet, convenient for you to just look at that though, a shame you N900 lovers have now been reduced to hating on a better platform, due to Maemo being dead, some of you are so desperate you load Android on your N...