While we still don't know what dessert will lend its name to Google's next mobile OS version, it's clear that we're getting closer than ever to the release of Android O (also known as Android 8.0.0). Today the search giant has outed the fourth and final Developer Preview of O. This has always been scheduled to come in July, and the final release of O is expected to hit next month.

The Android O Developer Preview 4 is a Release Candidate grade build that includes the final system behaviors, the latest bug fixes and optimizations, and the final developer APIs. This means that app developers can start their final testing against the upcoming iteration of Android, in order to have O-compatible apps as soon as 8.0.0 drops next month. 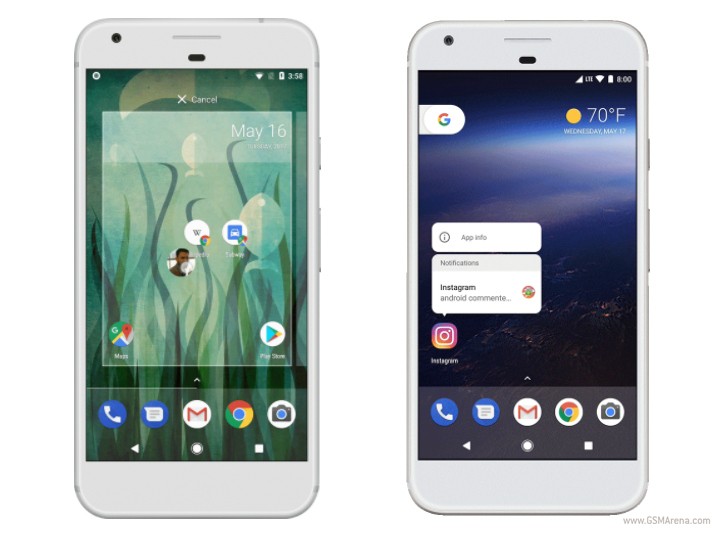 If you want to test drive this release, the easiest way to do that is enroll your compatible device in the Android Beta Program. If you already have an enrolled device, expect to receive an over-the-air update to the final Developer Preview within the next few days. Alternatively, you can manually flash the new system images. Be warned however that going this route means you won't receive an OTA update to the final build of O, unless you enroll your device in the Beta program.

As before, the only devices eligible for test driving Android O are the Pixel and Pixel XL, Nexus 6P, Nexus 5X, Pixel C, and Nexus Player.

After lollipop no major changes in any versions of android M,N and O they are all same with minor changes Kitkat UI was very snappy but after this material design android is no longer smooth and yes i use a phone with SD652 and 3GB RAM but still ...

Whilst some devices are crawling on Android 5 and 6, some are getting 7 now. And 8 is knocking on the doors. And why? Because every OEM has to cook his own bloated system. Vanilla + standard drivers for the most common SoC. And OEM drivers via G...