Android One makes it to the UK with Karbonn's Sparkle V

Starting today, you can purchase a Karbonn Sparkle V even if you're in the UK. This is interesting because this device is part of the Android One lineup which got official in India in September. Thus, the Sparkle V is the first Android One phone to be sold in the UK.

The Android One initiative was made public earlier this year during Google's developer conference. The smartphones in this lineup are primarily built for emerging markets, have specs put together by Google, and they run stock Android. Furthermore, they receive software updates straight from Android's maker. 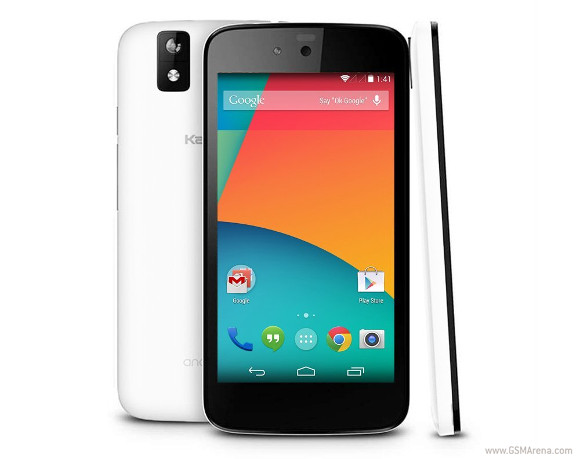 All of the three Android One handsets that have launched so far have the exact same innards - the Karbonn Sparkle V shares its specs with the Micromax Canvas A1 and the Spice Dream Uno.

The Sparkle V features a 4.5-inch 480x854 touchscreen, a 5 MP rear camera with LED flash, a 2 MP front snapper, 1GB of RAM, 4GB of built-in storage, and microSD card support for expanding that.

Running the show is a MediaTek MT6582 SoC with a 1.3 GHz quad-core Cortex-A7 CPU, and powering things up is a 1,700 mAh battery. The phone currently runs Android 4.4.4 KitKat, with the update to version 5.0 Lollipop reportedly coming by the end of January.

Amazon UK is selling the Karbonn Sparkle V for £129.99, with free delivery. What's more, a Black Friday deal will see the price drop to just £99.99 in a couple of days.

However, the original Moto G from last year, with a higher-res screen, more internal storage, and a bigger battery, can be had for £127.98. And this year's slightly updated Moto G goes for £139.95 at the same retailer. So the Karbonn Sparkle V just isn't as good of a buy as many would have expected.

I am using this mobile from 2 months.. When we get update of lollipop..

Hi I am using this phone from 2 month this is a good phone. But it have a short time battery backup

I am using this phone from last 2 months and I can say that this is great phone in all aspects except its short life battery.