Some of the readers over at AndroidPIT Brazil have been notified via email to participate in a survey to apply as candidates to test an early build of Android Oreo for the Moto Z and Moto Z2 Force. The readers that were notified were signed up for Motorola’s testing program called the “Motorola Feedback Network”.

There’s no word as to when the public release of Android Oreo will begin to hit Moto Z’s and Moto Z2 Force’s everywhere, as the selection process for testers is still underway.Android PIT Brazil reports the possibility that the first beta build could come as early as “within 48 hours”. 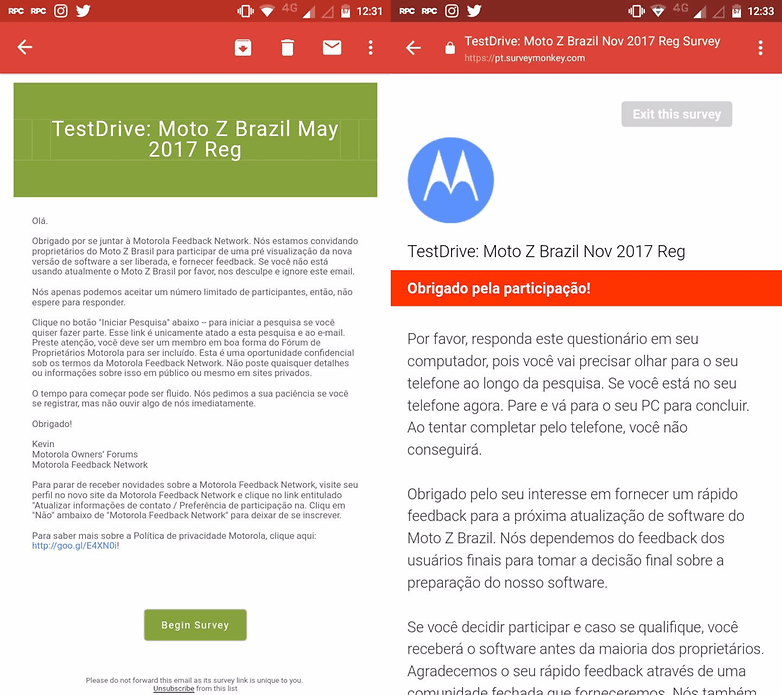 Speculation suggests that Motorola could launch the Android Oreo update from the third week of December onwards.

The gist of the email: those invited were notified to take the survey on a computer, as some of the questions require entry of data from (presumably) various areas of the phone’s settings.

At least one OEM makes Brazil get things faster even than the United States. Because Samsung, LG, Sony, Asus, Lenovo always leave that country in last.

X user got OS update faster than nexus, except the one out pre-instaled new OS. Now xperia xz got in oct, while z just got testing. Poor lenovo