Today Google has outed the first Developer Preview of Android P. You can install this on a Pixel smartphone if you flash a system image, but you should only do that if you're a developer wanting to test your app against the upcoming release (or aren't using your main phone). That's because Google counts Android P DP1 as an alpha, which means many things may break and you're bound to encounter loads of bugs.

At this stage, Android P brings with it OS-level support for the dreaded screen notch that's starting to invade the non-Apple smartphone world. You also get indoor positioning via Wi-Fi RTT, also known as 802.11mc. If a device has hardware support for this, RTT APIs will measure the distance to nearby Wi-Fi access points - without needing to connect to those. Knowing the distance to three or more APs means you can calculate the phone's position with an accuracy of 1 to 2 meters. 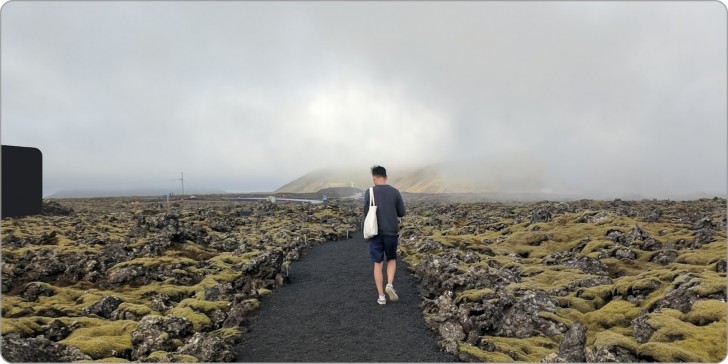 So we'll probably be seeing a lot of indoor navigation apps soon (and support for this added into existing mapping solutions). There's also the potential for "disambiguated voice control" - something along the lines of saying "turn on this light", when the phone will know which one you mean judging by your position. And of course, special offers will use this protocol to try and sell stuff to you.

Improved messaging notifications are in too, you'll see pictures and stickers in them, and support for smart replies is now OS-wide, developers just need to enable that for their apps. Google has also slightly altered the design of the notification pane and the Quick Settings toggles, as it does for every single new Android version. 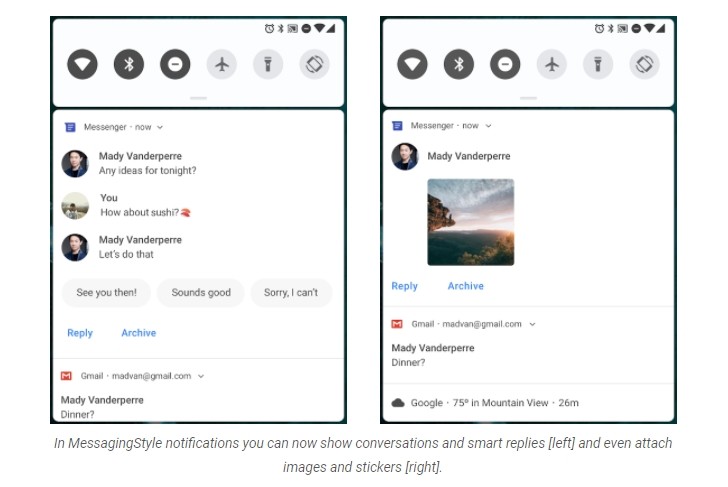 A multi-camera API enables seamless zoom, bokeh, and stereo vision on devices with two front or rear snappers. It remains to be seen how many OEMs will choose to use this API and not continue to go with their own custom solutions employed thus far, but this could be a boon for developers of third-party camera apps.

Android P supports HDR VP9 video, HEIF image compression, and the media APIs will be enhanced and refactored at some point before the final release. The Neural Networks API reaches version 1.1 in Android P, after being launched on Android 8.1 last year to accelerate on-device machine learning.

The Autofill framework has new APIs that should improve the overall experience, and the fingerprint authentication UI inside apps should be more consistent. Android P restricts access to your microphone, camera, and sensors from apps that are idle.

The image above roughly details the release timeline for Android P. The next Developer Preview will be out in May, followed by DP3 and DP4 in June, and DP5 in July. The final build will become available for Pixels at some point in Q3 - so before the end of September. Note that only from DP2 onwards will the builds have a 'beta' quality, at which point you'll be able to enroll your compatible device into the Android Beta program to try the new version.