While still not officially confirmed, there is growing evidence that the Galaxy S8, S8+ and the Galaxy Note8 will be getting Samsung's Android Pie-based One UI soon. Especially after the three handsets just passed the WiFi Alliance's certification process. 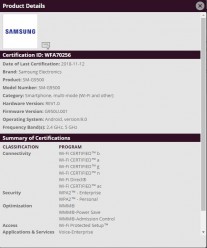 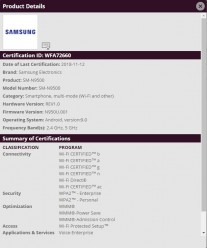 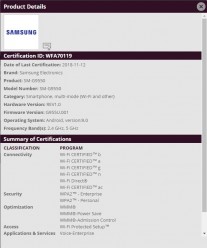 The screenshots above are taken straight from the WiFi Alliance website and list handsets with model numbers SM-G9500, SM-G9550 and SM-N9500 which are all Chinese variants of the Galaxy S8, S8+ and the Galaxy Note8, respectively.

Unfortunately, the listings don't reveal anything out of the ordinary - it just states that these smartphones are running Android 9.0 Pie and are WiFi-certified.

We still don't know when the final version of the software will be released, but we aassume it's going to be sometime after January since the Galaxy S9-series and the Note9 will be getting the Pie that month and as usual, new flagships are a priority when it comes to firmware updates.

i believe they run pretty much the same OS version except for a few addons. So my guess is yes.

Since i bought mine on launch i have had 6-7 updates with patches. Rubbish statement.