Android Q will add many new features, but it will also take away an old one – Android Beam. There’s no native replacement on the horizon, but similar functionality can be achieved by apps (including Google Files).

For those of you who don’t remember – which we’re guessing is “almost everyone” – Beam is a peer-to-peer file transfer technology. It uses NFC to do the handshaking and Bluetooth to send the data. 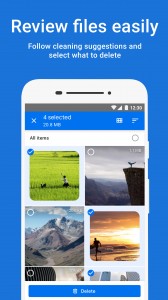 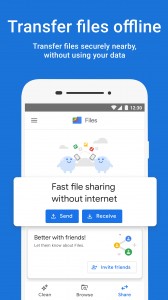 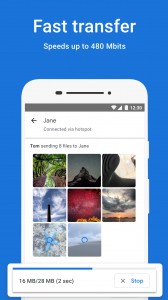 The Google Files app can share files over Wi-Fi

The Google Files app has the ability to share files locally over Wi-Fi. This promises speeds up to 480Mbps, well in excess of what Bluetooth can do. The initial connection is set up over Bluetooth, similar to Apple's AirDrop and the transfer is encrypted with WPA2.

Beam was first introduced back in 2011 with Android 4.0 Ice Cream Sandwich. Apple released AirDop that same year with iOS 7 and by the looks of it, the Apple tech has found more success.

It is, but I could just use WiFi direct right away and save myself trouble of turning on bluetooth and other stuff, but anyways, it's sad to see features go away...

Files Go uses bluetooth to detect other device and send the files using WiFi technology. Bluetooth was so slow to transfer the data, you can compare the of WiFi and the bluetooth anyways. Try any others apps that used WiFi hotspot to transfer the fil...

Plus the App uses WiFi direct which isn't most reliable, and you still have to use Bluetooth to use it LOL... so it's actually more of a hassle...