Another leak of the Microsoft Lumia 850, now in 4 color schemes

The floodgates on the Microsoft Lumia 850, a.k.a. Honjo, have opened, and photos of it are coming from all corners of the world. Hot on the heels of the full-body shot provided by @evleaks, we're now being treated to another image, coming out of China.

This new press render shows the color options, in which Microsoft's upcoming midranger will be available. Naturally, there's the white and gold combination from the previous leak, but you can also opt for a rose gold trim to go with the white facade and back panel. 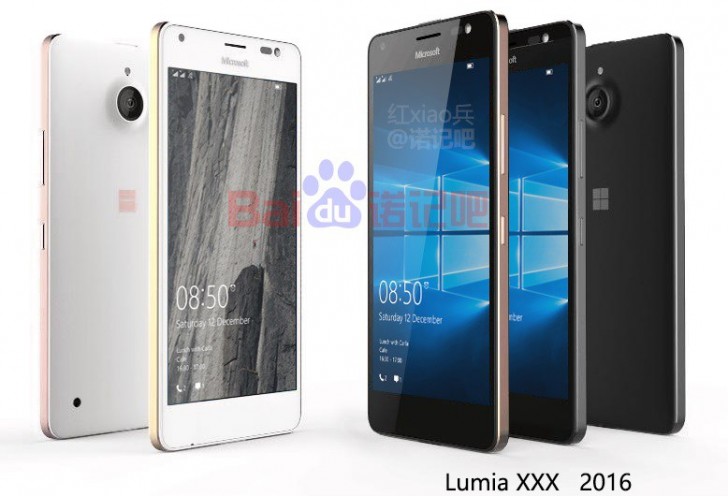 There will also be a black model, which goes in line with the photos of a live unit, we reported on a few days ago. This variant will come with what appears to be more of copper-colored frame, rather than rose gold, and a less flashy plain steel-looking one. Remains to be seen if the frame will actually be made of metal, like on the current Lumia 830.

I count 5 color schemes, not 4