Another leaked image of the Samsung Galaxy Note III surfaces

The Samsung Galaxy Note III has leaked several times already, first showing off a 5.9-inch display with a rounded corner unibody typical of Samsung's design strategy, then sporting a more straight-edged prototype look, and now with a 6-inch display with ultra-narrow bezels that supposedly result in 84% screen-to-footprint ratio. 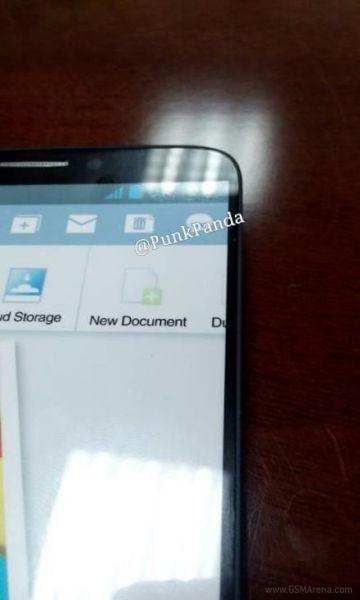 Not much else in the way of specs information accompanied the leak, but a thinner bezel may be just what the doctor ordered to make the next generation of the popular Note phablet more appealing.

As far as other Galaxy Note III rumors go, there's the AnTuTu benchmark scores that have an alleged Note III clocked at 1.6 GHz, which is the same clock speed as the Samsung Galaxy S4 flagship. Also in the mix is the rumor that the Note III will feature optical image stabilization.

Thanks, Vlad, for the tip!

more likely it's a nexus interface.

Its the galaxy note 3 nexus edition