Another teaser from ASUS comes out, we're quite sure it's the MeMO

A couple of days ago, ASUS released the first teaser of an upcoming Android device, which will be announced at this year's Computex show in Taipei. Logically, we got quite excited. Now, we have another shot for you and, this time, it is a lot more revealing. 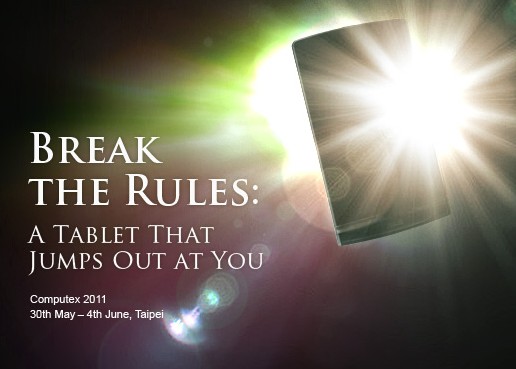 After we saw this picture in the ASUS Facebook page, we are all but fully convinced that the device in question is the ASUS MeMO - an Android Honeycomb running, 7.1" tablet with phone functionality. 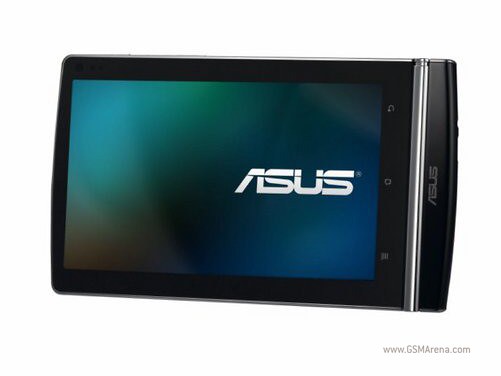 The MeMO teased us at CES 2011 when it appeared along with this year's upcoming tablets from the tech giant. We know it will be the most compact tablet to be released from the company, and will feature a Snapdragon CPU unlike its Tegra equipped larger siblings.

What's particularly interesting in today's teaser is the message written on the picture. We are still not sure what does it mean when a tablet "jumps out at you." Is it a hint for 3D capabilities or just a metaphor related to the compact size of the device?

There will be another teaser coming before the official announcement so stay tuned. Meanwhile, tell us what do you make of it in the comments section below.

it'll jump into my hand replacing the weak 512 mb ram of my galaxy tab.

Well, I think it hints at a 3D screen, too. The jumping sounds quite obvious.

Considering the bad experience I had with the Garmin Asus A10, what with them breaking the Froyo update promise and incessant lazy pixels, coupled with a no returns policy. I'd say avoid all things Asus. As a Samsung Galaxy Tab user, I'd say the tele...