The benchmark platform AnTuTu released its monthly Top 10 lists for flagships and midrangers. The January list is a lot like the one in December, with three vivo phones on top, followed by the latest couple of OnePlus’ devices, and then the Asus ROG Phone II.

While AnTuTu acknowledges the impressive hardware the vivo smartphones are packing, including UFS 3.0 storage and F2FS file system, there are a lot of software boosters that enhance the performance and result. Both vivo iQOOs that occupy first and second come with liquid cooling, which helps the internals perform better when under (literal) heat. 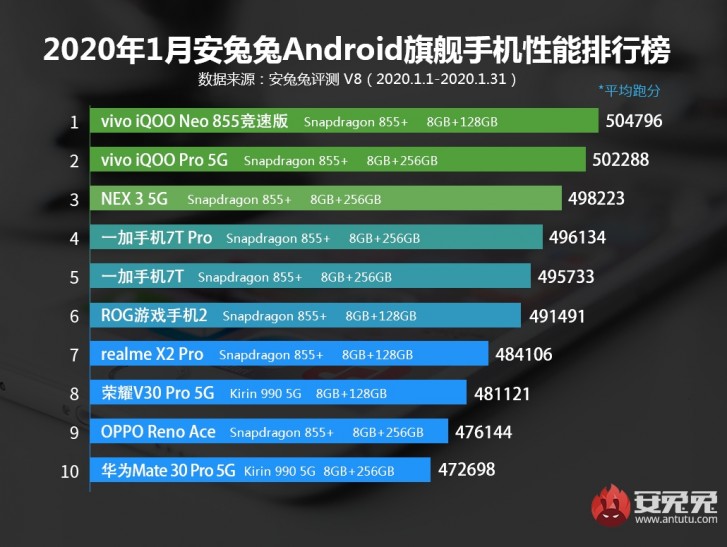 The benchmark website also reminds that this is a raw comparison of performance results and cannot be responsible for comparison in the camera department, design, battery capacity or fast-charging abilities. 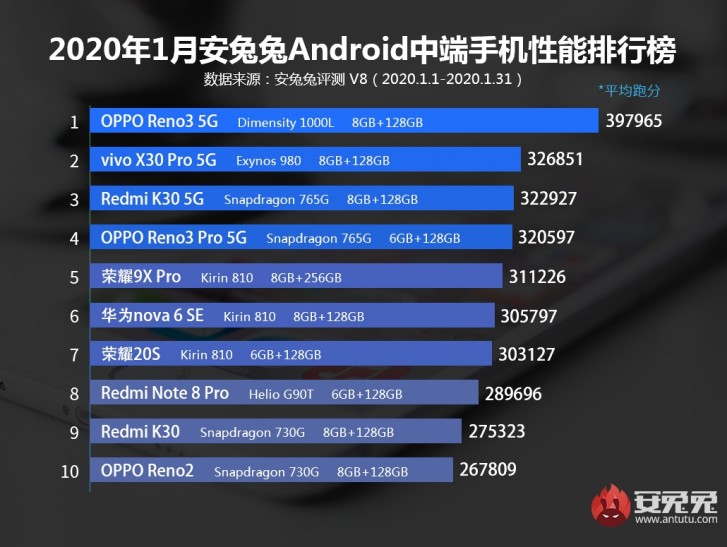 The basic Oppo Reno3 was launched on December 31, so this is its first month where it could have been benchmarked on AnTuTu. Mediatek uses Cortex A77 cores and Mali-G77 GPU, which seems like a properly powerful combo.

Plenty of manufacturers are expected to introduce a smartphone with Snapdragon 865, so the February Top 10 list from AnTuTu should have a bunch of new faces in the top spots.

Maybe yes maybe no. Benchmark score will tell when the chip will be officialy released.

We have to see and wait. SD865 on benchmark is far different with low ram compared to a device with 12 GB ram or better.

We have to see when it will be officialy unveiled.