AnTuTu tests Snapdragon 730 and 665, has good and bad news

The Snapdragon 730 is significantly faster than the 710, offering up to 25% extra performance. The 730G version – binned 730 chips that can run at higher speeds – is about 5% faster than the non-G version. We suspect that the G chips will be rare, but we won’t be missing much in terms of performance.

This is surprising since based on data from AnTuTu, the Snapdragon 730G GPU runs at significantly higher clockspeed – 825MHz vs. 700MHz. The CPU gets a decent clock bump as well, 2.4GHz vs. 2.2GHz. Note that Qualcomm officially only claims higher GPU clocks, it said nothing about the CPU. 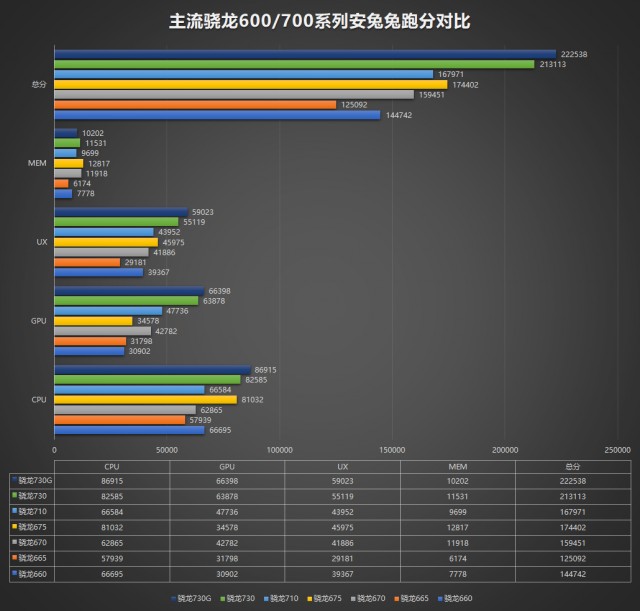 Snapdragon 730(G) and 665 performance on AnTuTu

Then comes the Snapdragon 665, which posted lower scores than the 660 it’s meant to replace. The two are about equal in terms of CPU power (the CPUs are the same, but built on a different process), what’s interesting is that the new Adreno 610 is slower than the Adreno 512.

The Snapdragon 670 has a better GPU than the 675, but a weaker CPU. So it would be up to smartphone makers to prioritize performance in games or in apps.

Ooo right. Thanks for the clarification :)