Apple is launching three iPhones in 2018, according to numerous sources and analysts. Two of the devices will have an OLED panel, while the third one will be the most affordable one with a 6.1” LCD panel.

Latest inside info, coming from South Korea, says Cupertino expects 45 million shipments of the 6.5” OLED iPhone which will be the flagship device. The smaller 5.84” OLED phone is expected to ship in 25 million units, while the most affordable device with the LCD panel should hit 30 million shipments. 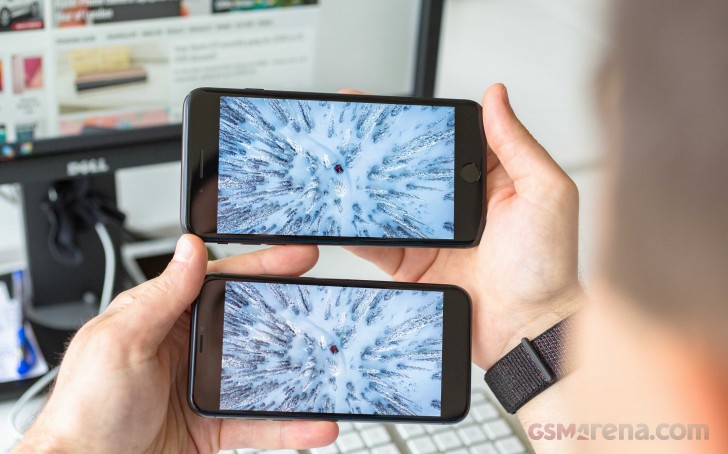 Apple’s predictions on the LCD sales were actually higher, but the company decided to hold back shipments of the panels due to complications in manufacturing the panel and due to expectations of high interest towards the flagship. If somehow the predictions are wrong and users want more LCD phones, Japan Display will be ready to ramp up production.

The source also suggests that Apple is working around the idea of a small phone, easily held in the hand, as Steve Jobs once intended. We think it might be an iPhone SE 2, but case maker Olixar made it clear Apple is not launching such a device this year.

Apple OS Rules! just it!. So when the new iPhone available in the store?

I don't know, WHY are people buying many times more LCD iPhones than other brands premium devices with LCD/AMOLED/OLED combined? All current LCD iPhones, SE, 6s, 7 and 8, got some impressive displays for people who care about this little thing called...

Well, not all people can be smart, so it's okay that you wrote this, buddy. Apple is a luxury brand, think of it like BMW. An entry level Bimmer costs $40k, and an entry level Nissan... maybe $15k. They're both cars, they both have 4 wheels, a 4 cyli...