Apple granted patent for fingerprint reader on the power key

With the iPhone 8 set to remove the hardware Home button, where is Touch ID to go? The power button, perhaps. Today, Apple was granted a cache of 68 patents, which hint at the possible new locations for the fingerprint reader.

The Power button patent was filed in Q2 2015, while the Xperia Z5 came out in early Q4 that year - the first Sony phone to put a fingerprint reader on the Power button. Sony already disables this functionality in the US, anyway, which reduces the chances of a patent dispute with Cupertino. 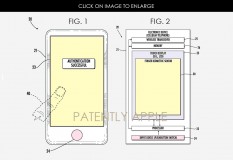 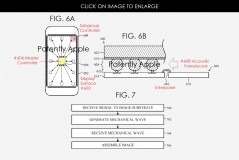 Apple’s system promises to be smaller than prior art, allowing it to mount the button even on the sides of a slender-bezel phone. The button could be positioned on top (Apple’s original placement and seemingly the preferred option again), but other positions are possible too. It could be covered with a protective glass or even sapphire.

Other Apple patents show the biometric sensor hiding under the touch display, either via a “transparent conductive finger biometric sensing pixels” or an acoustic imaging system.

The X1 II FP scanner is with power button again now. What changed? Or did Sony find different implementation ways for them. For real tho they should just go with under-screen FP scanner already

This is ridiculous that Sony used the first but Apple got its patent, I think Sony did research and development before Q2, but Apple is an American brand so it's easier to get a patent in America

Stupid patent law, how come only sketch and theory could receive patent where no product is produced.