Back in December 2005, more than a year before the first iPhone was announced, Apple had filed for a patent for their revolutionary 'slide to unlock' gesture for touchscreen devices. The patent was described as follows. 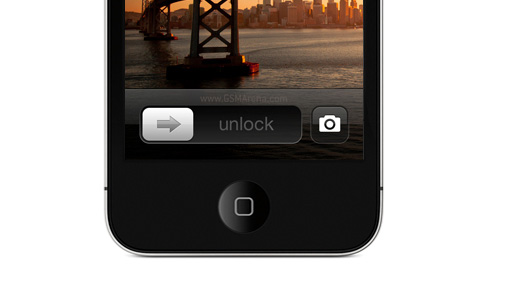 Apple has now been granted this patent, six years after it was originally filed. But this could mean trouble for Android OEMs and Android itself, which makes blatant use of this patent.

Having said that the patent is very specific and if you read the highlighted portions above you'll find that it only talks about gestures performed in a 'predefined path'. This exempts Samsung's TouchWiz, HTC's Sense (3.0 onward) and the Honeycomb and Ice Cream Sandwich because they don't require you to make a gesture in a predefined path. Sony Ericsson, Motorola and all the older versions of Android till Gingerbread won't be so lucky, however.

Of course, we are assuming here that Apple will be going after them in court and so far they have given no indication of doing so. Also, we're not sure if Apple can go after them because even though Apple filed for the patent back in 2005, it was only granted today.

It remains to be seen how this will be played out but it must be said that Apple now has the upper hand here. Unless the Android OEMs come up with new ways to unlock their devices (of which there are plenty) they'll be putting themselves squarely in Apple's crosshairs.

I had a problem with my phn "MVVY zero" none of a sudden, d phn start losing sm of device. And now, d touch-screen refused to work and it now lock. How will I unlock my phn without d screen-key? Pls help me

dis just shows dat the patent office guys graduated with degrees in dumbness....apple is just getting greedy day by day and not thinking of others,in the end they will suffer the consequences and then we have the last laugh.....apple u guys better th...

Apple will get nowhere with this lawsuit. http://www.androidcentral.com/apple-granted-patent-slide-unlock-even-though-it-existed-2-years-they-invented-it