Before making its official release on October 25, Apple’s iOS 15.1 received a Release Candidate (RC) build that adds the coveted SharePlay functionality. The update weighs in at 5.46 GB and comes alongside RC version builds of macOS 12.0.1 Monterey, iPadOS 15.2, watchOS 8.1, and tvOS 15.1. 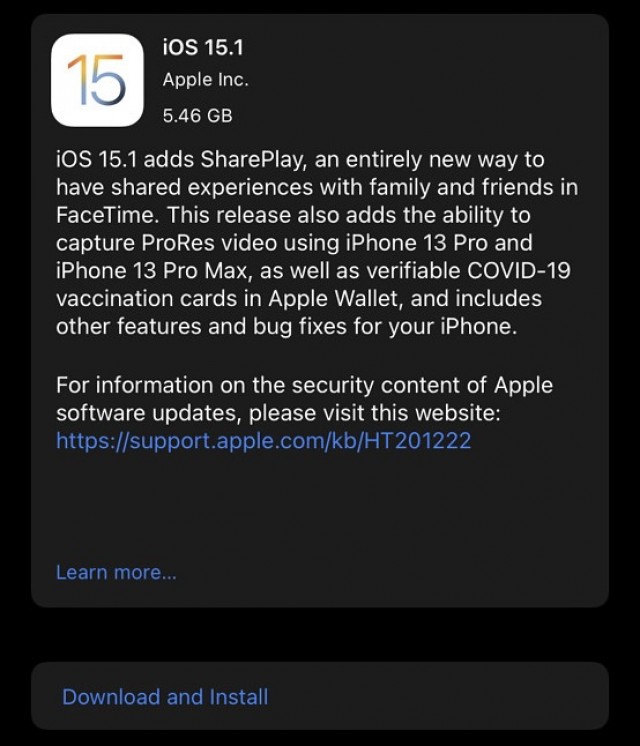 With SharePlay users can enjoy watching content together with friends over FaceTime and supported third-party apps. The latest build also brings ProRes video capture on iPhone 13 Pro and 13 Pro Max as well as support for COVID-19 vaccination cards in the Wallet app as well as bug fixes and optimizations.

Where do you kids come up with these lies?