The next iOS version has never been as big a deal as upgrades to Android or Windows. If it ain't broke, don't fix it, must've been the line of thinking and it's up to you to replace broke with fragmented or catching up, as needed. On the other hand, with the rather rapidly improving hardware, fragmentation is becoming a bit of an issue for Apple to address too. 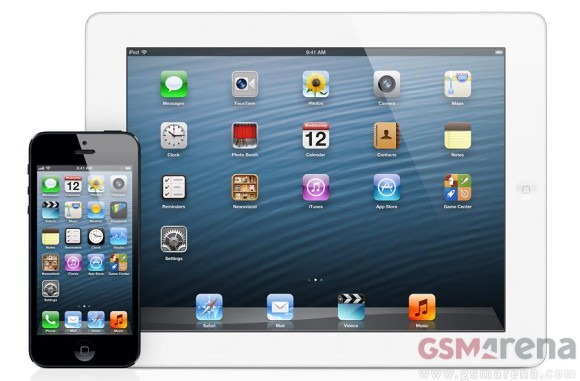 Anyway, we're now at number 6, along with 5 million (and counting) iPhone 5 users. Now, what follows may seem as a mere prelude to our iPhone 5 review but people only now considering the iPhone 4S may find it quite helpful. By the looks of it, there may be some people considering keeping the iPhone 4S but we're yet to see about that.

Let's focus now on the key additions and improvements to the Apple iOS instead.

Apple claims that iOS 6 brings about 200 new features but the noteworthy ones are right there in the bullets above. Depending on where your comfort level is, the major feature can either be the new Maps, the improved Siri or the Facebook integration.

Many people expected to see more from Apple this year but few really had a clear idea what that is. Being "wowed" by Apple has been a legitimate expectation for millions of users out there but those who think their creativity peaked in iOS 4 and the iPhone 4, and has been somewhat flat since, may have a point.

The iOS 6 isn't a dramatic rethink of the design philosophy but brings a reasonable level of change, and improvement, to many important parts of the experience, which will be felt in day to day use.

Follow us as we delve deeper into iOS 6 and find out if Cupertino still has its software chops intact.

Note: This is our in-depth review of iOS 6 running on an iPhone 4S. The dedicated iPhone 5 review is coming soon, so stay tuned!
Next Page » 2. User interface
1. Introduction
Reviews Apple iOS 6 review

Hello can I have iPhone plss?