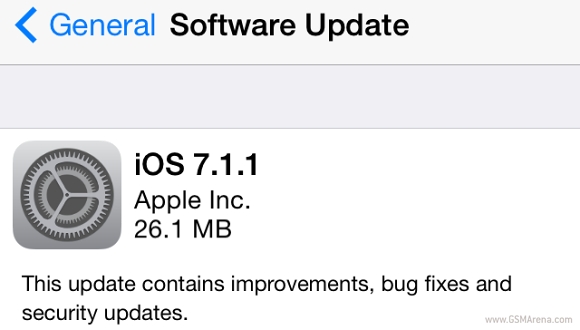 The new OS update is 26.1MB large. It improves Touch ID fingerprint recognition, fixes a bug which could impact the responsiveness of the keyboard, and remedies an issue which occurs when Bluetooth keyboards are used with VoiceOver.

If you haven’t been prompted to install the update on your compatible Apple device, head over to its settings menu to check if it is available.

The big problem I got with it is when I updated to ios 7.1.1 I totally lost my wifi and Bluetooth both still won't work.

Can i update the IOS 7.1.1 in iphone 4s its usable or any problem pls suggest me.