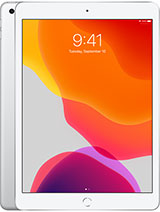 Hey guys, i want to know about ipad os upgrade on this device , with a10 fusion?
Tnx

Fast charging on this iPad?

Anonymous, 21 Oct 2019How's the rear camera on iPad 10.2? Honest review please.The rear camera is okay. Compared to newer smartphone cameras it's pretty bad, though. Most people don't really use it anyway, and those that do mainly use it for casual stuff like snapping a picture of their pet or scanning a document

Nshstephan, 28 Sep 2019I bought 6th gen ipad 3 weeks ago and now i want to sell it and buy 7th gen because of that ex... moreHello, and the short answer to your question is yes, yes it is worth it.
Apples Ram are very efficient and I think 2 is enough for shorter playing time but if you want to experience less lag and better performance then 3 gb is outstanding in my personal oppinion

I dont understand the policy of this company toward its products,anyway its so bad.

it's really bad, I wouldn't advise getting it.

mosesmarian, 22 Oct 2019Mr whatever your forgettable name, that is why they are launching a cheaper ipad so that it co... more- The A10 processor is the same one that was used in the iPad 2018. The iPad 2017 had the A9, and the gap between the 2017 and 2018 was only 12 months. The gap between the 2018 and 2019 was 18 months, so the A11 was not only reasonable, but expected. Also, the A11 is from two years ago, so it can't be that expensive to make.
- A sub-200 mAh increase in battery size is not going to drive the price up by that much.
- Neither would upgrading the camera. It doesn't have to be that much better, it could just be a small but still noticeable improvement.
- 64GB of storage in 2019 is not asking for much.
- The Galaxy Tab S5e had a bezel-less design and 64GB of storage, and it started at $400.
If Apple incorporated these five upgrades to the iPad 2019, the price would almost certainly be no more than $400, if that, which is cheap enough for a tablet. Looks like you're the one who needs to examine their suggestions.

WIDA, 22 Oct 2019is 2 gb ram enough? 2 gb on android could be really slow. i just need for doing worksheet or a... moreYes 2 GB RAM is quite good in a iOS device you don't need to worry. If you are planning to buy the 6th Gen iPad for daily works and some work based it's fine. Even for Graphic intensive gaming it's good. I would prefer you the latest 7th Gen iPad as it has 3 GB RAM but you can still go for the 6th Gen iPad.

is 2 gb ram enough? 2 gb on android could be really slow. i just need for doing worksheet or any other paperworks is it good?

JdRDMS, 28 Sep 2019How I think this could have been better: - A11 Bionic instead of A10 Fusion. - Upgrade the c... moreMr whatever your forgettable name, that is why they are launching a cheaper ipad so that it could reach down to lower to mid market or at least to first time Apple users, you cant have a cheaper price having superior or competitive specs as you are implying at the same time.

Examine your suggestions if they are useless or not

For 329$, only enough for 2gb Ram, everyone know how the selfish of Apple as well

I own a 2016 MacBook Pro. I'd like to buy an iPad to be used as a second monitor with Catalina's sidecar feature. I'd use it mostly while I am watching tutorial videos. And my wife would probably want to draw with the pen as she is a graphic designer. I do not think that I'll be using it as an iPad. Will this one do? Is it worth it?

Anonymous, 30 Sep 2019It's NOT worth it to sell your existing 6th gen iPad, since it's the same product - only with ... moreBut what about that extra RAM?

Related devices
The devices our readers are most likely to research together with Apple iPad 10.2 (2019)